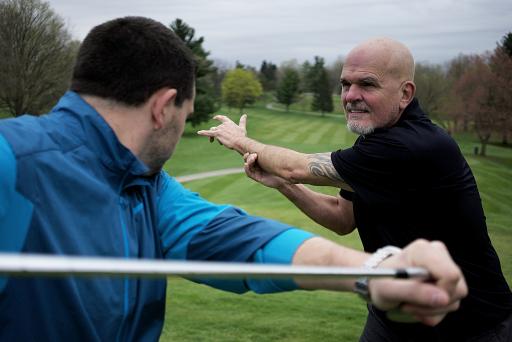 One of David Leadbetter’s key contributors believes there is “hope for us old guys” as he shares a wealth of knowledge built up over nearly half a century.

Dr Gary Gray, founder of the world-renowned Gray Institute in Michigan in 1983, has established a reputation as one of the leading experts in biomechanics and works alongside fellow pioneers in the field, Dr David Tiberio and Jonathan Moore, which are now utilised by elite pros and amateur golfers around the globe.

And that wealth of shared knowledge, developed over 45 years, now features in a course – Functional Golf Training Foundations – on the Golfzon Leadbetter University online platform, which uses the latest interactive training techniques to educate golf coaches.

While other physical conditioning offers a more general approach and can occasionally be detrimental for golfers, the Gray Institute methods are applied with the simple and specific aim of improving a golfer’s ability to swing the club.

Dr Gray explained: “Everything we do is based in the fundamentals of the golf swing and the movements associated with it. The greatest limiting factor for any golfer is their body. You can blame the clubs you use as much as you like but it all comes down to the body’s movement.

“To me, some of the previous golf training programmes didn’t make sense – why would you work on movements and build certain muscles without thinking ‘how will this improve my golf swing?’

“I’ve seen big improvements from people even in their 60s and 70s in their body movement with the right kind of training to improve their golf. Nobody can just say ‘well, I’m getting older and I can’t move the way I used to or hit the ball as far’. There is no excuse – it is either bad training or no training.”

The 65-year-old has developed exercises and programmes since starting his career as a physical therapist. At the time, his thinking was considered as pioneering in understanding how specific joints were not considered in isolation and were all linked to the body’s overall movement.

He said: “How can you understand why the knee is causing a problem if you don’t consider how it works in conjunction with the hip, ankle and everything else?

“Everybody thought I was crazy at the time but I’ve taken that philosophy with me throughout my career and now a few more people agree with me!”

His research and methods have since been adopted by many of the world’s top golfers, including Bernhard Langer, who has seen his senior career continue to flourish after two Masters titles during his heyday in the 1980s.

Dr Gray said: “I would guess around 20 per cent on the guys on Tour are being trained by someone who follows the Gray Institute methods but we tend to train the guys who then go on to work with the players directly.

“Just look at someone like Bernhard Langer. We worked with him 15 years ago and designed a comprehensive warm-up and training programme. Because of his tenacity, and desire to continue to get better, he is someone who is moving just about as well as ever at the age 62. He understands the process and the theory behind it all and sees the benefits.

“It’s worked in many different professions though. We were once asked to see if we could train the US Navy SEALs. So I had to train with them for a week, which was quite an experience.

“What was obvious was that they weren’t training in the way they were required to perform in combat situations. They were suffering a lot of injuries – knee, hips, backs, ankles and things like that.

“They took on board our views and they reduced these types of injuries by 87 per cent, which was a huge success.”

Dr Gray’s studies and theories are just one of the modules available on the Golfzon Leadbetter University. There is a wide array of expert content from several experts in various areas of the game, including fitness and conditioning, sports psychology, and technical swing instruction.

“I’ve always admired David and we are honoured to be a part of it. It is very compatible and our views are very similar on what we are trying to achieve. I think it will be very successful and is a fantastic resource of information for aspiring coaches.”

For more information on the Gray Institute, visit: www.grayinstitute.com and for the Golfzon Leadbetter University, visit: https://learn.leadbetter.com