Greenkeeper given £13,000 pay-out after culture of "BULLYING" claims upheld

This greenkeeper was given a cash sum after a court heard the club captain tell him: "Do what what you are f***ing told." 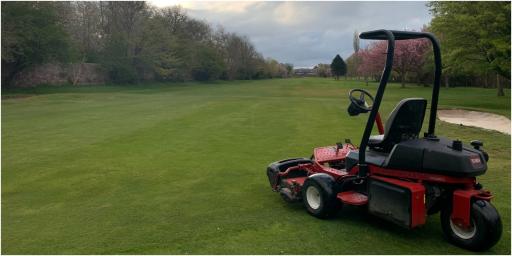 A greenkeeper won an unfair dismissal claim for £13,000 after he was told by the club captain: "Do what you are f***ing told."

John Kelly was described in court as being shown "utter disregard" at Prestonfield Golf Club where he worked for 12 years, the Daily Record reported.

The 53-year-old was described in court as being subjected to a vindictive campaign by the club's captain Ian Cowan where it was said "a culture of bullying and harassment existed".

Things came to a head during the testing times of the emergence of the pandemic where the club's finances came under strain.

With it being national #ThankAGreenkeeper day, thought it only right to give a shout out to the troops. They continue to put up with all my moaning but keep producing the goods. Keith, Mike, Robert, Stevie, Sean and all the volunteers, take a bow. pic.twitter.com/di3gxsyOls

The atmosphere at the club was described as becoming so toxic that Kelly and two other greenkeepers wrote a grievance letter to the management committee saying they felt "threatened, frightened and in fear for our jobs".

They complained about Cowan at the club where members can expect to pay £815 a year.

A judgment published this week cited Cowan's "unreasonable behaviour" as the key to the club being ordered to pay £13, 817 in compensation for his unfair dismissal.

Of that sum, £7000 was included to injury to Kelly's feelings caused by his whistleblowing, the Daily Record reported.

RELATED: HERE ARE 10 TIGER WOODS FACTS YOU MIGHT NOT KNOW

Beautiful conditions for competition set up this morning. Hope everyone enjoys their golf and the weather. pic.twitter.com/Qc4cMCrApD

It is said that at the beginning of March 2020 a meeting was called by Cowan "threatening" the greenkeepers to take furlough or the club would go into administration.

The judgment branded it "completely inappropriate and insensitive".

That judgment said: "No reasonable employer would have treated a long-serving employee with such contempt and utter disregard."

Prestonfield Golf Club declined to comment to the Daily Record.

The course has come on well this week with some well needed rain along with a little bit of heat during the day. The greens have been brushed and cut this morning for the Summer Meeting and are running better. The forecast looks good for today too. Enjoy your round. ☀️ pic.twitter.com/77kVuOiViR