"Like him or not, I'll bet my house on Patrick Reed winning this week"

In the latest episode of the GolfMagic Chat Show, we discuss Jim Herman's fairy-tale victory and who we think will win the first FedExCup play-off event at The Northern Trust. 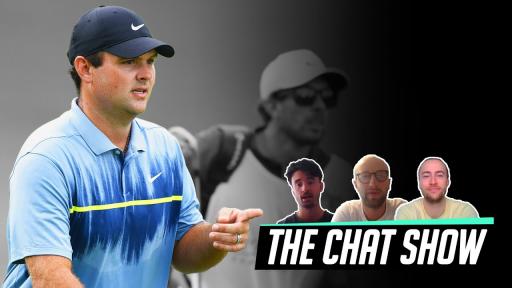 Patrick Reed might be the supervillain of the PGA Tour, but there's no denying the man has talent. Yes he will probably never live down his little incident in the sand back at the Hero World Challenge and he won't make many new friends on the PGA Tour (which he really won't care about), but when Reed gets going he's one of the best on tour and GolfMagic's Alex Lodge thinks he's destined to win this week's Northern Trust.

Watch the latest episode of the GolfMagic chat show in the video below where we discuss Jim Herman's unlikely victory at the Wyndham Championship and Jack and Alex make their selections for the first FedExCup play-off tournament, The Northern Trust at TPC Boston.

Jim Herman might have been one of the most unlikeliest winners on the PGA Tour in a very long time.

No disrespect to Herman, a man who had two PGA Tour victories prior to picking up his third at Sedgefield Country Club, but he was in absolutely terrible form going into this event and his performance wasn't much better until he reached the 15th hole during Friday's second round.

Herman had missed three out of five cuts since the PGA Tour returned and it looked as though he was about to make it four out of six, until he birdied three of his last four holes on Friday to make it to the weekend at the Wyndham Championship.

The 42-year-old was a different animal over the last two rounds, shooting scores of 61 and 63 to beat Billy Horschel (who GolfMagic's Alex had tipped to win) by one shot.

It was a huge win for Herman, who went from 192nd to 54th in the FedExCup standings to secure a spot at The Northern Trust.

Herman's pre-tournament odds at the Wyndham Championship were 600/1, so if any of you out there had anything on that, then I salute you.

Patrick Reed - 25/1: "Like him or not, I'll put my house on Reed winning The Northern Trust," said Alex in what has to be one of the boldest statements of the year (seriously I'll be taking your house if he doesn't win).

I've gone for two strong English picks this week. Tyrrell Hatton is a machine from around the 175-yard mark and that's where you're going to see most of the approach shots played from this week. Paul Casey has been in top form and was unlucky not to win the PGA Championship at Harding Park. He'll find TPC Boston even easier so I think his value can't be missed out on.

NEXT PAGE: How to watch The Northern Trust; Round 1 Tee Times