Hole19 is a golf app that strives to connect golfers from around the world and ultimately help them play better golf. 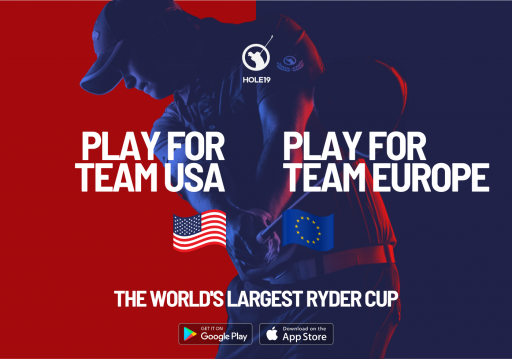 Hole19, a golf app with over 2.6 million users whose mission is to connect golfers around the globe and help them play better golf, has announced the world's largest Ryder Cup tournament.

Hole19 has seen a huge increase in golf rounds being played since the season picked up, hitting over a million rounds in each of the last four months.

This kind of growth has motivated the team to find new ways to engage with their golfers and, thus, their latest competition will coincide with the greatest team event in world golf.

Hole19 is giving all new and existing golfers the chance to represent their team at the same time the professionals do battle at Whistling Straits.

All Hole19 golfers from the USA will compete against all Hole19 users in Europe to determine the champions by Ryder Cup Sunday.

All Gross rounds played by US and European golfers on the app on Friday, September 24 will be averaged out as a team Gross score.

Rounds logged on Saturday and Sunday will be averaged in the same way, the scores will then be totalled, and a winning team announced.

As an extra incentive to motivate golfers to represent their team, all new golfers from the winning team will be able to claim a massive 50% off Hole19 Premium. Existing Premium members will be entered into a draw and 200 will win 50% off their renewal.

This competition provides golfers in the USA and Europe with the perfect opportunity to play their part in the world's largest-ever Ryder Cup.

You can download the Hole19 app for free from the App Store or Play store, create your profile, set your country and play your round.

NEXT PAGE: RYDER CUP: MEET THE WIVES AND GIRLFRIENDS OF TEAM EUROPE