How much is golf YouTube sensation Rick Shiels worth?

Rick Shiels has become arguably the most popular golfer on YouTube, but what is he worth in 2021? 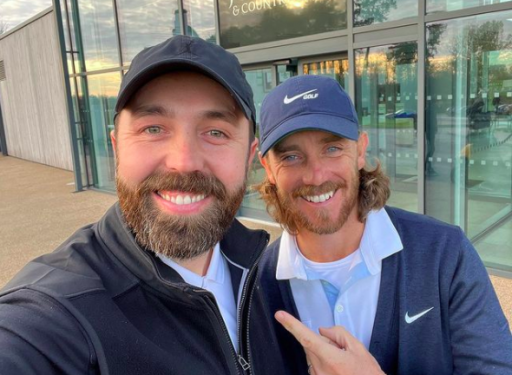 When it comes to golfers plying their trade on YouTube, there is hardly a figure that covers more content and produces better videos than Rick Shiels.

In 2020, he became the first golf blogger to reach one million subscribers. He has come a hell of a long way since first picking up a club at the age of 11 in Bolton, where he was born.

A key feature of Shiels' success is the range of content that he has covered on his YouTube channel. If you want a lesson on fixing a slice, Rick is your man.

If you want to discover the differences between a fake driver and a real one, head over to Rick's YouTube channel now. It is this variety that has led to him gaining popularity and a wealth of lucrative sponsorships and associations.

His most popular upload on YouTube received 4.4 million views as he played golf alongside the boys from Dude Perfect, another fun golf YouTube channel.

The 35-year-old has previously produced content for The Open Championship by completing different challenges at Open rota courses such as Carnoustie and St. Andrews. He has also produced content with a number of DP World Tour players.

He also produces and hosts The Rick Shiels Golf Show which is a podcast that has a dedicated YouTube channel with 128,000 subscribers.

RELATED: THE STORY OF HOW AN AFRICAN PASTOR COULD PLAY ON THE DP WORLD TOUR!

On the podcast, Rick discusses a wide range of topics. On his most recent broadcast, he spoke about Brooks Koepka's signing with Srixon.

After achieving great success in his career and with much more to come, it is estimated that Rick Shiels could be worth up to £2 million.

golf youtube
rick shiels
brooks koepka
net worth
dp world tour
Previous
The story of how an African pastor could play on the DP World Tour!
Next
USGA introduce championship for disabled golfers starting in 2022