Jason Day reveals yet another golf injury, and this time it could be very serious 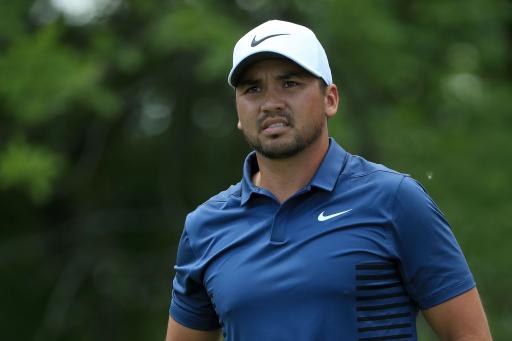 Jason Day has revealed how his niggling back injury from the past couple of seasons has now transitioned into shoulder pain, which he experienced in the final round of The Players Championship two weeks ago.

Day, 30, has battled a troublesome back injury the past two years on top of dealing with his mother's health concerns, but has appeared much more his former world number one self of late winning twice in 2018, most recently at the Wells Fargo Championship.

But injuries are still proving Day's sticking point in his bid to get back to the top of world order, especially following his latest tweak at TPC Sawgrass where he finished tied fifth despite wincing on a number of shots in the final round.

"I feel like it pops out but it's more of a sting," said Day on his latest shoulder injury.

"I don't know if it's gone from my back to my shoulder now, I think it snowballs."

He added: "I am constantly doing shoulder exercises to keep it loose, probably like 30 to 40 minutes a day. My whole life is pretty much exercises to stay loose.

"Everything now and then it will come up and sting straight away. It's more on the transition from the top of my swing and when I start to unwind, it's a stinging pain. It is what it is."