Holmes has responded to his slow-play critics. 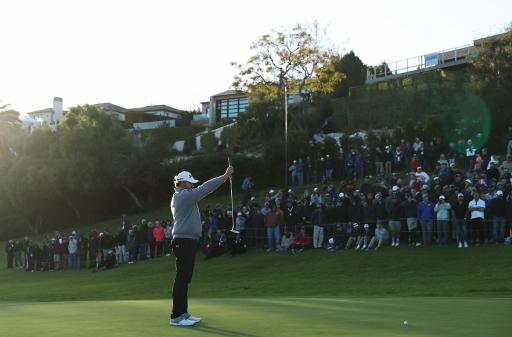 Once again, J.B Holmes was in the limelight for all the wrong reasons, as during his Genesis Open win, he was absolutely rinsed for his slow play, something he has a reputation for.

On the final day at Riviera in the Genesis Open, J.B Holmes was playing with Justin Thomas and Adam Scott in the final group. Holmes overcame a four-shot deficit to win his fifth PGA Tour title. Homes' win was soured due to the fact that the three-ball took five hours and 29 minutes to complete their round.

Play was going to be understandably slower due to the 30mph winds that were thrashing through the course, but with Holmes' group falling a full hole behind the group in front, fingers were quickly pointed at Holmes.

What many people watching couldn't understand, was why the group were not put on the clock, or for that matter even warned about the pace of their play. Many golf fans took to social media to rant about how long J.B Holmes was taking, check out his lengthy putting routine:

The broadcast commentators certainly felt that Holmes was taking it a stretch too far. Talking about the putt above, Jim Nantz said: “Here is J.B. Holmes, going through all the maps and scales and typography data that he can find."

After winning the Genesis Open, J.B Holmes fired back to defend his pace of play, saying: "Well, you play in 25-mile-an-hour gusty winds and see how fast you play when you're playing for the kind of money and the points and everything that we're playing for. I was never even close to being on the clock all week. When I first got out here [on tour], I was really slow, but I've sped up quite a bit. Like I said, the conditions made it tougher, too.  Sometimes you're waiting for the wind to stop blowing 30 miles an hour.

“There's times when I'm probably too slow, but it is what it is. I was never on the clock. I never even got a warning.”