Jimmy Walker to use steel-shafted woods at Charles Schwab Challenge

Jimmy Walker will use steel shafts in his driver and 3-wood at this week's Charles Schwab Challenge. 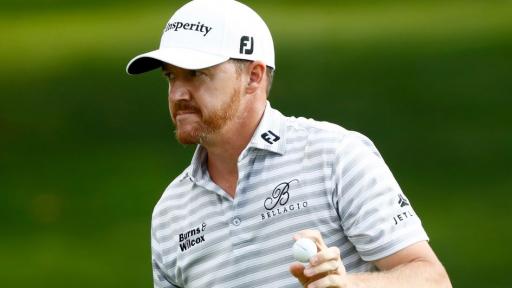 The PGA Tour returns this week for the first time since The Players Championship was cancelled after the first round due to the ongoing battle against the coronavirus and some of the biggest names in golf will be in action at the Charles Schwab Challenge.

Jimmy Walker, who won the 2016 PGA Championship at Baltusrol Golf Club, has been using his time off to experiment with his bag and try a few things out and it seems he has found something extremely interesting that's working for him.

RELATED: The world's BEST return to the PGA Tour for Charles Schwab Challenge

Walker has had both of those clubs in the bag for a while, last using them in the first and only round of The Players Championship, but the driver had a Graphite Design Tour AD DI 8 shaft and the 3-wood a Fujikura Rombax P95 shaft, which is also graphite.

According to Titleist, Walker wasplaying around with an old Titleist 970 fairway wood at homeand loved the weight and feel of the steel shaft.

“(I) was blown away by how well it worked,” Walker said to Titleist reps. “I remember it was the first club I ever had built by Titleist when I qualified for the Byron Nelson as an amateur in 2001. It was the first PGA Tour event I ever played. I had that club in the bag for the longest time.”

Walker spoke with J.J. VanWezenbeeck, Titleist’s director of player promotions, and asked whetehr he would be able to build steel shafts into the TS3 woods and as soon as he tried them, they were put straight in the bag.

Using TrackMan launch monitor data, Walker saw an average of well over 170mph of ball speed with his driver and a spin rate of around 2,250rpm.

Walker has lost a little bit of distance by putting the steel shaft in his 3-wood, but he believes it has given him more control and improved gapping between his driver and 3-iron.