"How refreshing to see common sense prevail at Irish Open." 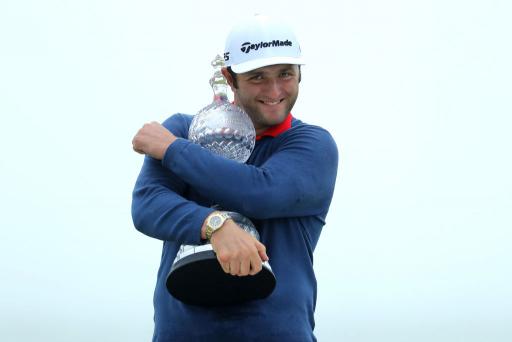 How refreshing it was to see common sense prevail at the Irish Open on Sunday, writes PGA Rules Panel member Ashley Weller.

Close-up TV analysis of Jon Rahm replacing his ball on the sixth green caused a rules controversy during the final round at Portstewart as the Spaniard appeared to replace his ball in a slightly different position.

However, chief referee Andy McPhee, after analysing the footage at large, decided no penalty should be imposed.

Jon Rahm avoids a penalty for doing this on the sixth green. The right decision? A post shared by GolfMagic.com (@golfmagic.com_) on Jul 9, 2017 at 7:56am PDT

Little did it matter anyway as Rahm went on to destroy the field and win by six shots.

Without doubt social media was awash with indignant cries of “Lexi Thompson gets penalised and Rahm gets away with it – where’s the consistency?”

Well here is my opinion, for what it’s worth...

Thompson’s marking, lifting and replacing of the ball was all in one action, the ball never leaving the green by more than a few inches, and there was a considerable error in replacing the ball in those circumstances.

In the wake of the European Tour's new decision on rules such as this, it clarifies that ‘so long as the player does what can “reasonably be expected under the circumstances to make an accurate determination, his or her judgement will be accepted”, even if later shown to be wrong by the use of video evidence’.

Even with this clarification it is hard to see Thompson escaping penalty when her actions were analysed.

Andy McPhee on Jon Rahm not being docked a shot for replacing his ball in the wrong spot: "Jon has made a reasonable judgement here." A post shared by GolfMagic.com (@golfmagic.com_) on Jul 9, 2017 at 8:16am PDT

Rahm’s case is considerably different to Thompson’s, as McPhee points out above.

He was asked to mark his ball and move the marker to one side to assist his fellow competitor. The position of the other player’s ball marker meant Rahm was forced to marked his ball slightly to the side, which he did.

Once he had putted out, Rahm then moved his marker back then replaced the ball, apparently slightly out of position, but TV pictures were a little vague due to the position of Rahm’s hand whilst replacing the ball.

MICKELSON: GROWING TREND "LOOSE" WITH HOW THEY MARK THEIR BALLS ON TOUR

The error was marginal and was due to the fact Rahm was acting in order to assist a fellow competitor. McPhee ruled the crime did not befit a punishment so he was cleared of any wrongdoing.

I applaud this common-sense interpretation of the Rules by McPhee.

Let’s put this into perspective – the ball should be replaced on the same spot from where it was lifted. I’m pretty sure if we got the ultra HD cameras in hyper zoom mode and observed every marking and replacement of the ball I’m sure we’d find many cases of the ball going down one or two blades of grass out of position despite the best intentions of the players.

Should we be penalising this too? A line needs to be drawn, and I think McPhee drew it in exactly the right place.

This incident is poles apart from the Thompson affair, let’s make no mistake about that.