Cameron Smith, Xander Schauffele and Harold Varner III are the final three names confirmed for the JP McManus Pro-Am at the start of July. 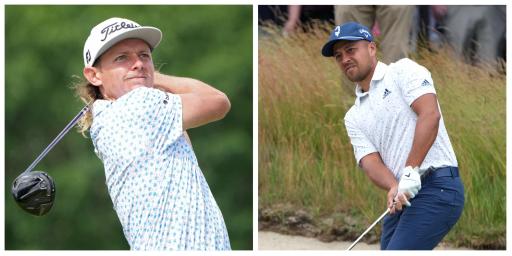 The full field for the JP McManus Pro-Am has been announced and it's been completed by Cameron Smith, Xander Schauffele and Harold Varner III.

Smith won The Players Championship back in March. Xander Schauffele is also a five-time PGA Tour winner and he won the Olympic gold medal in Tokyo in 2021.

Harold Varner III is yet to win on the tour, however, he sensationally won the Saudi International back in February and he has made three top-10s this season.

10 of the world's top 11 players have committed to the famous pro-am. Tickets have sold out for the event to be held at Adare Manor from July 4 - 5 and it will be shown live on Sky Sports and The Golf Channel.

Scottie Scheffler, Collin Morikawa, Matt Fitzpatrick and Justin Thomas hold all four major titles right now and they will tee it up in Ireland alongside the legendary Tiger Woods.

Home favourites Rory McIlroy, Shane Lowry, Padraig Harrington and Paul McGinley will no doubt get bundles of support. There are big names everywhere you look at this event.

"We’re privileged to be joined by the world’s greatest golfers; those who have achieved so much in their careers and some incredible personalities to augment the occasion," said Mr McManus, the tournament host.

"We’re looking forward to welcoming them to the redesigned Golf Course of Adare Manor, quite a few of them joined us in previous years but may not have seen the work Tom Fazio and his team have done to the course since. Let’s hope for a bit of sunshine to really make what we expect to be a very special couple of days in Limerick."

The Pro-Am has helped to raise over €140 million for charitable organisations in the mid-west region of Ireland since it first began in 1990. All funds are distributed to each beneficiary.

The full professional field can be found at jpmcmanusproam.com, as well as other details of the event.

Next Page: How many PGA Tour players have joined LIV Golf ahead of Portland?