How many PGA Tour players have joined LIV Golf ahead of Portland?

A significant number of PGA Tour players have now defected to the LIV Golf Invitational Series and we expect to hear of more recruits in the coming days. 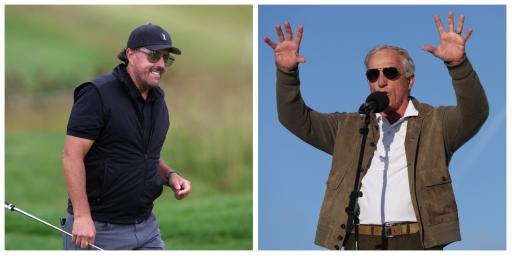 The PGA Tour has had to deal with a number of its members joining the LIV Golf Invitational Series in 2022 and they will continue to deal with further departures.

Dustin Johnson, Phil Mickelson and Louis Oosthuizen were among the biggest names from the circuit to play in the inaugural LIV Golf event at Centurion Golf Club near London.

About half an hour after the first tee shots were hit in the first shotgun start on June 9, tour commissioner Jay Monahan suspended 17 players from competing on the PGA Tour and they were removed from the FedEx Cup standings.

A number of these players have resigned their membership on the tour to avoid a legal dispute, however, legal proceedings are certainly expected to happen somewhere down the line.

After he discovered he was suspended after the first round at Centurion, Ian Poulter said he would appeal the suspension and if necessary, carry out a legal battle.

During the tournament, Bryson DeChambeau was confirmed as the latest high-profile name to succumb to the millions being offered by the Public Investment Fund of Saudi Arabia. The former US Open champion described it as a "business decision."

2018 Masters champion Patrick Reed was also announced and Pat Perez' wife let the cat out of the bag on Instagram, confirming her husband's participation.

By my count, this means 22 PGA Tour players have ignored their release rejections and chosen the breakaway eight-event series. Bubba Watson, Matthew Wolff and Rickie Fowler could be next to take the total to 25.

This list also doesn't include the many players from the DP World Tour who have chosen the Saudi-backed series. Sam Horsfield, Laurie Canter, Pablo Larrazabal, Adrian Otaegui and Oliver Bekker are all yet to be punished by the old European Tour.

The next event on the LIV Golf Invitational Series will begin on June 30 at Pumpkin Ridge in Portland.