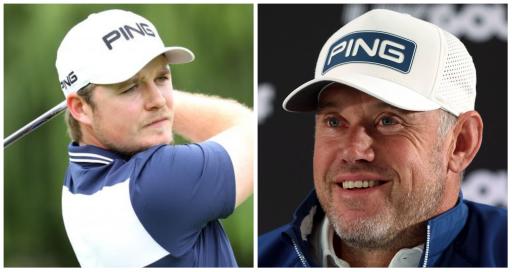 England’s Eddie Pepperell says golf’s look isn’t good at the moment which has left him feeling “sad and ashamed”.

Last week the DP World Tour pro gave a wide-ranging interview with The Times where he explained his thoughts on the enduring saga between the established golf tours and LIV Golf.

This week Mexico’s Abraham Ancer has become the latest player to ditch the PGA Tour in favour of the Saudi-backed series, with Brooks Koepka widely expected to be the next signee.

Pepperell has sided with the DP World Tour and is attempting to re-ignite his career on the former European Tour circuit this season. He took to social media today to post this:

Money flying around left right and centre in golf just to keep peoples ego’s happy.. at a time when much of the developed world, let alone the developing world, are suffering financially with grim prospects.

I somehow am ashamed to feel sad about that. This isn’t a good look.

His post is in response to the news that the PGA Tour have directly responded to the threat of LIV Golf by announcing to their members plans for a radical shake up.

Among the changes are:

You can read more about the changes here.

Last week Pepperell, who has won four times on the European Tour, spoke to The Times about legacy in golf.

He pointed to the likes of the legendary Seve Ballesteros paving the way for the likes of Ryder Cup Europe heavyweights Lee Westwood, Ian Poulter, Sergio Garcia and Graeme McDowell.

“Seve is an icon of the European Tour and in these times of trouble you realise how you feel about stuff like this. Clearly these guys, Westwood, Poulter, Sergio, don’t feel or think the same as I do, which is a surprise given I’ve achieved so much less.

“I rooted for Sergio, the player. It’s hard to root for Sergio, the man. The way these guys speak, quite gleefully, about what they’ve done, well, it’s just disappointing. There is a moment in Lord of the Rings where Frodo, at his lowest ebb, asks Sam, ‘What are we holding on to?’ And Sam replies, ‘There’s some good in this world, Mr Frodo, and it’s worth fighting for.’ That’s how I feel about the European Tour.”

Next page: How many players have joined the LIV Golf series?