Justin Rose and Harold Varner III share the lead after round one of the Charles Schwab Challenge at Colonial. 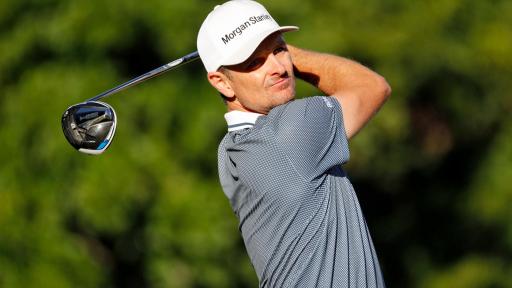 Justin Rose and Harold Varner III currently share the lead after round one of the Charles Schwab Challenge at Colonial in Texas, with both players performing as if they've had no break at all.

The PGA Tour finally returned to our televisions yesterday, 91 days after The Players Championship was postponed and although it had a slightly different feel to it without spectators, it was certainly good to watch the world's best in action once again.

Many of us wondered how the players would perform, given the extended break without competitive golf and the lack of atmosphere at Colonial, but shooting low scores wasn't a problem for a large portion of the field, with Rose and Varner finishing 7-under par to tie the lead.

Four players are just one shot shy of the lead, with Jhonattan Vegas, Mexican superstar Abraham Ancer, young talent Colin Morikawa and World No.4 Justin Thomas all in the hunt.

Behind them on 5-under par is a group of nine, that includes Bryson DeChambeau, US Open champion Gary Woodland, Xander Schauffele and Jordan Spieth.

Brooks Koepka and Rory McIlroy will be looking to make more of a move on Friday, with both players in T39 at 2-under par and Jon Rahm slipped to 1-under par after he bogeyed his final hole.

Rose, who recently split with Honma Golf, made three birdies in his four first holes and continued that fine form to take the clubhouse lead with a 63, which he held for most of the day until Varner matched his score.

With the current protests in the United States over the Black Lives Matter campaign, Varner - one of just a handful of black athletes in golf - has been the centre of attention, but the 29-year-old says that his focus needs to remain on the competition.

"I know what's going on, but when I'm on the golf course, I'm trying to play well. The reason I have a platform is because I'm really good at golf. I just need to focus on that, and to be honest with you, being on the golf course, it helped me. It's my getaway, I guess.

"But I didn't think it would be like that until I got on the first hole and I hooked one super far left and I was pissed, like it was good. Those juices are awesome."

There were some fantastic shots during the first round of the Charles Schwab Challenge, but shot of the day has to go to Sung Kang at the 13th hole, a 162-yar par-3 over the water.

Kang's ball was all over the pin and took one bounce before landing straight in the hole for an ace. His reaction was strangely calm for someone who just made a hole-in-one, could that be because there was no one there to cheer for it? Possibly. But the shot was still incredible anyway so watch it below and enjoy.

Imagine being this composed after an ACE?!

Just another day at the office for Sung Kang. pic.twitter.com/8bgZmJbkrG

NEXT PAGE: Donald Trump offers to play with golf fan on Twitter, but he REFUSES!