Justin Thomas crowned PGA of America Player of the Year

Justin Thomas has been named the PGA of America Player of the Year for the second time in his career. 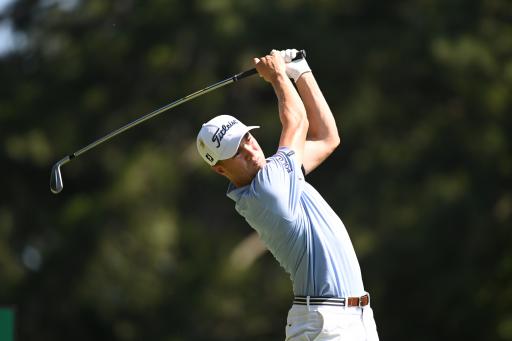 Justin Thomas has been named the PGA Player of the Year for the second time in his career, following an incredible season in which the American won three times.

First winning the title of Player of the Year in 2017 after his FedExCup victory, Thomas has won the accolade once again during a shortened 2019/20 PGA Tour season where he won the CJ Cup, the Sentry Tournament of Champions and the WGC-FedEx St. Jude Invitational.

The award is given out based on a points system for wins, money list position and scoring average, with Thomas finishing the season with 66 points, 10 points clear of Jon Rahm in 2nd (56 points) and recent major winner Collin Morikawa in 3rd (54 points).

Thomas received 10 points for each of his wins in the recent campaign, plus another 20 points for finishing the regular season top of the FedExCup standings, whilst his third-place finish in the scoring averages added another 16 points to his tally.

Recent FedExCup champion and World No.1 Dustin Johnson finished 5th in the Player of the Year rankings, with Webb Simpson filling the gap in 4th place.

Simpson claimed the Vardon Trophy for ending the season with the lowest scoring average, scoring an average of 68.978 through 52 rounds, beating Rahm who was a close 2nd with 69.127.

Later this month the PGA Tour will announce their Player of the Year, which is determined by a voting system amongst the players, with Johnson the favourite to take home the award.