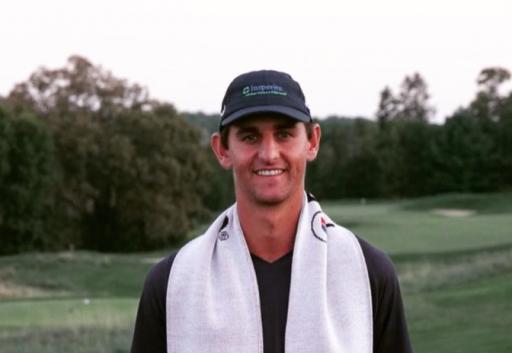 Mac Meissner made his Korn Ferry Tour debut at The Bahamas Great Exuma Classic this week and it is fair to say that it is a week he will not forget in a hurry.

Although he could only manage a finish for tied 59th, he will just be glad to see the back of the par-5 15th hole at Sandals Emerald Bay Golf Club.

Meissner teed it up on the hole for the first time on Sunday and he made a 10. He went from 3-under-par for the tournament to 2-over-par.

The next day was better but not good for the 22-year-old. He made a double-bogey seven on the 603-yard hole, ranked as the ninth hardest on the course.

Incredibly, the Forme Tour graduate, who finished fifth in its points list to get on to the Korn Ferry Tour, made the cut on 2-over-par.

Meissner made his best score of the week on the 15th hole in the third round with a bogey, but in the final round yesterday, the horrors of the first round returned.

The young man made yet another 10, his second double-digit score on the same hole, and he finished his tournament in the Bahamas with a 75.

Through four rounds, he played the 15th hole in 13-over-par. Had he just made four pars on the hole without any birdies, he would've finished tied 6th.

Meissner should take encouragement from the fact that despite accumulating such astronomical scores throughout the week, he toughed it out to make the cut and salvage a finish in the top 60.

Akshay Bhatia went on to win the tournament on 14-under-par, winning by two shots ahead of Paul Haley II.

NEXT PAGE: MONTY JUST SAID THIS ABOUT BRYSON DECHAMBEAU AND ST ANDREWS - DO YOU AGREE?