Lee Westwood picked every winner at Cheltenham yesterday - and he's not done...

Lee Westwood is leaving Cheltenham with some money. 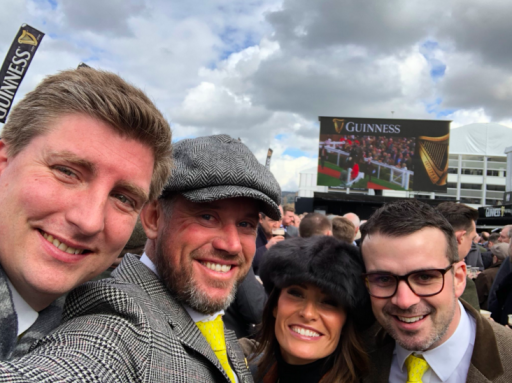 Lee Westwood backed every winner at Cheltenham yesterday, banking him £20,678.

The English golfer then followed it up by picking the first race today – that’s eight winners in a row.

Westwood told SunSport: "I love my racing but this is the first time I’ve ever gone through the card, and everyone in the box was getting really excited as the winners kept coming in.

"I gave a few people the winner of the first race, Summerville Boy, at 9-1, and they kept coming back to me to see what I was on in the next. So we all made a few quid.

"I was getting sweaty palms by the time of the sixth race. But my two selections, Rathvinden and Ms Parfois, jumped the last a long way clear of the rest, and once they got over it safely I knew I was in the money!

"I also backed the winner of the last, which wasn’t part of the Tote jackpot, and that got a massive cheer as well. I’m not saying how much I won altogether – that is between me and my accountant!

"But people were saying I’d have to start wearing a disguise to put my next bets on, because the plan is to be here for all four days."

The calm before the storm! @cheltenhamraces . Come on Western Ryder. @albatross_club