Newly-retired footballer Gareth Bale has confirmed he will make his PGA Tour debut at the AT&T Pebble-Beach Pro-Am in California. 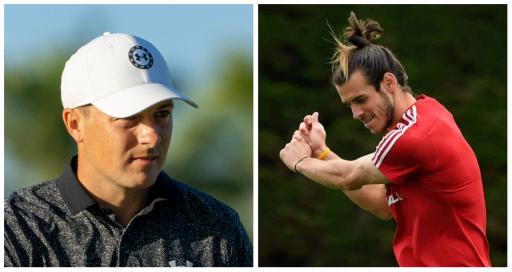 Gareth Bale has never shied away from hiding his love for the sport of golf.

The 33-year-old often attracted a great deal of criticism - particularly during his time at Real Madrid - for spending too much time on the fairways.

You may re-call that his relationship with Los Blancos suffered when he was pictured with a banner that read: "Wales. Golf. Madrid. In that order."

None of that matters anymore for the newly-retired Welshman. It seemed only a matter of time before Bale would start taking his golf even more seriously.

Now Bale has confirmed that he will be making his PGA Tour debut at an iconic venue.

Bale will tee it up at the AT&T Pebble Beach Pro-Am over 2-5 February. He will be one of 156 amateurs teeing it up in California.

The highest-ranked players who have committed to the event include Jordan Spieth, Patrick Cantlay and reigning U.S. Open champion Matthew Fitzpatrick.

Spieth, in particular, was involved in a memorable moment during last year's event when he took on a ridiculous golf shot on the edge of a cliff.

Bookmakers have Bale at 50/1 to be on the winning team. The defending champion is Tom Hoge.

Bale announced his retirement from professional football on 9 January.

He finished his career as the most-capped player for Wales and the record men's scorer.

Bale won five Champions League titles with Real Madrid following his then world record $80m transfer to the Bernabeu in 2013 from Spurs.

He began his career at Cardiff before his switch to White Hart Lane.

Memorably, he was described as a flop and linked with a $3m move to Birmingham City.

But he went on to become his country's talisman, leading them to the European Championships on two occasions.

Bale captained Wales in their first World Cup since 1958 in Qatar.

He scored 41 goals in 111 appearances for Wales.

Bale had a brief stint with MLS side Los Angeles FC after returning to Spurs on loan for the 2021-2022 season but it was blighted by injuries.

Next page: Bale in shock move to LIV Golf?