With football legend Gareth Bale confirming his retirement from the sport, the bookies think Bale could very quickly turn into a golf professional. 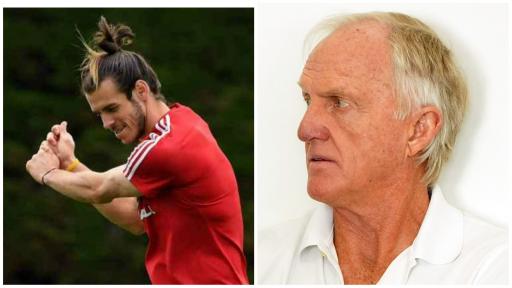 Football legend Gareth Bale announced his retirement from the sport earlier this week, and the bookmakers have installed him as low as 5/1 to now turn into a golf professional.

Bale, 33, confirmed he was hanging up his boots on 9 January after a glittering career took him from Southampton to Real Madrid.

The forward is the most-capped player for Wales and the record men's scorer.

Bale won five Champions League titles with the Spanish club after a world record transfer to the Bernabéu in 2013.

The former Spurs winger is rightly considered by many as one of Britain's best ever footballers, if not the very best.

"After careful and thoughtful consideration, I announce my immediate retirement from club and international football.
"I feel incredibly fortunate to have realised my dream of playing the sport I love."

Bale is an avid golf fan and player with a handicap in the low singles.

He even took a golf sim to the World Cup!

But with football now taking a backseat in his career, Bale has the luxury of playing as much golf as his heart desires.

And the bookies are quickly running for cover.

Bale was as big as odds of 16/1 to become a golf professional two years ago, as we reached out to Sky Bet to request a price.

But now the bookmakers are offering as low as 5/1 for him to achieve such a feat.

Of course turning professional in the game is no gimme just because he has some extra free time, especially when he is nowhere near yet a scratch golfer.

And let's face it as a professional, you need to be shooting under par on a regular basis to even get anywhere far on Tour.

But who knows, could Bale, now 33, end up making it somewhere on Tour?

What about a shock move to LIV Golf?!

We recently caught up with Manchester United hero Lee Sharpe, and he is looking to make it big on the Legends Tour, the European Seniors Tour circuit.

So perhaps Bale will look do something similar, and if he does eye up the seniors circuit he has 17 years of practice to get there until he turns 50.

LIV Golf are looking for as many players as possible right now, after all...

Do you reckon Bale will turn professional? Can you see him making it out on Tour? Share your thoughts and comments over on the GolfMagic social media channels.