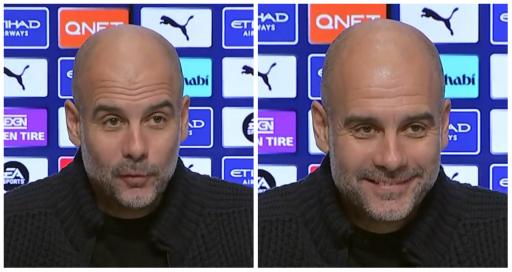 Man City manager Pep Guardiola says Gareth Bale now has time to become a fantastic golfer after the Welsh forward announced his retirement from professional football as he extended an invitation to tee it up with the striker.

Bale, 33, confirmed he was hanging up his boots on 9 January after a glittering career took him from Southampton to Real Madrid.

The forward is the most-capped player for Wales and the record men's scorer.

Bale won five Champions League titles with the Spanish club after a world record transfer to the Bernabéu in 2013.

"After careful and thoughtful consideration, I announce my immediate retirement from club and international football.
"I feel incredibly fortunate to have realised my dream of playing the sport I love."

Guardiola, speaking to the media on Tuesday, said: "Now he will become a fantastic golf player."

Asked if he will play with Bale, Guardiola said:

"Yeah I was busy, I think so, I think maybe now he will have time. I will invite him again.

"Now he will become a fantastic golf player..."

Bale was born in Cardiff and began his career at Southampton before he signed for Spurs.

Memorably, there were reports linking "flop" Bale to a move to Birmingham City for the reduced price of $3m.

But he went on to become his country's talisman, leading them to the European Championships on two occasions.

Most recently he captained Wales in their first World Cup since 1958 in Qatar.

Bale scored 41 goals in 111 appearances for the national side.

Despite his achievements, Bale was often criticised in the Spanish media and reportedly wasn't highly thought of by manager Zinedine Zidane.

Bale was accused of caring more about golf than football.

His relationship with the club was strained when he celebrated Wales' qualification to the 2020 Euros with a flag containing the words: "Wales. Golf. Madrid. In that order."

He then joined MLS side Los Angeles FC on a 12-month deal but his time with the American club was blighted by injuries and fitness issues.

Bale said he is now looking forward to a new adventure.