Northern Ireland confident of golf restart on May 18

Northern Ireland hoping to follow a similar path back to golf's resumption as Ireland... 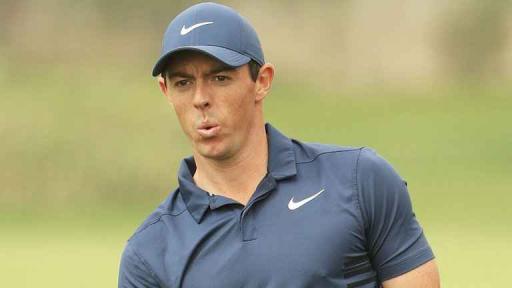 Northern Ireland will hope to reopen golf courses the same day as the Republic of Ireland on May 18, according to a BBC Sport report.

The head of the Ulster branch of the Golfing Union of Ireland Kevin Stevens claims he wants golf courses to reopen in phase one of lockdown relaxations on an All-Ireland basis in two weeks time.

"If it doesn't mirror that but comes shortly thereafter, we can work within that parameter," said Stevens.

Golf courses are set to reopen in Ireland on May 18, but only for members who live within a 5km distance of their club.

RELATED: IRELAND TO REOPEN GOLF COURSES ON MAY 18

This will last for a period of two weeks, before extending to 20km thereafter.

Stevens does not expect a 5km distance rule to apply in Northern Ireland.

"I don't think a 5km distance will apply in Northern Ireland," said Stevens.

"The Republic had a 2km guideline for exercise which they have now extended to 5km, but we haven't had that stipulation in Northern Ireland and I don't see us introducing a distance requirement."

Stevens, who had a meeting with Sport NI on Monday, added that golf will stop straight away if members do not adhere correctly to the social distancing measures and guidelines being put in place for golf's return.

"In the early stages, there will not be any clubhouses, bars or restaurants open," said Stevens.

"Golfers will turn up to play. They will have to book beforehand. It will be members only."

Stevens anticipates groups being restricted to two or possibly three-balls with intervals of 14 to 15 minutes.

It remains to be seen when the rest of the golf courses in the United Kingdom will reopen.

There was a strong suggestion last week that Wales would be looking for a restart in a couple of weeks time, with the rest of the United Kingdom following soon after.

UK prime minister will address the nation on Sunday with an update on the next stage of the UK lockdown due to coronavirus.