Paddy Power will be hosting a Pro-Am event with the likes of Tommy Fleetwood, Andrew "Beef" Johnston, Peter Crouch and Harry Kane. 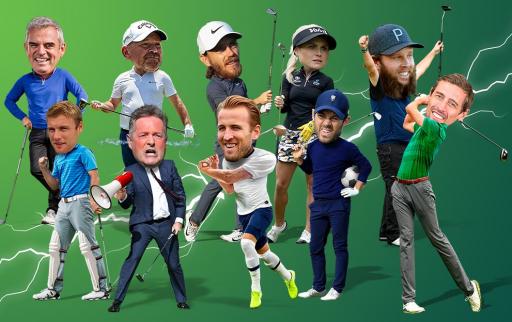 Paddy Power has announced a brand new event called the Paddy Power Golf Shootout that will take place on Friday 5 June, where golf stars and celebrities will combine for an action-packed day, shown live on Twitter and YouTube.

Peter Crouch, who signed as a Paddy Power ambassador earlier this year, was once again used as the marketing face for the event, in this brilliant video uploaded on Twitter.

We signed @petercrouch as our Brand Ambassador, but he’s not been pulling his weight.

Time to get him on the golf course on Friday. Five pros, five celebs.
Golf, but not as you know it.#PPGolf pic.twitter.com/CnHsr7k3Cz

The following information was taken from Paddy Power's website.

Reserve yourself a socially-distanced spot on the sofa this Friday and bunker down for an unmissable day of top-class sport, because we’ve ripped up the rule book (well, sort of, there’s still clubs, a ball and a hole) to create the Paddy Power Golf Shootout – a world-first format stacked with box-office names.

An all-star cast of celebs and pros will put their money where their mouths are – which in case of Piers Morgan should be sizeable – in our behind-closed-doors event at the Centurion Club, Hertfordshire.

The event is subject to a rigorous, government-approved Covid-19 testing process, with all participants – and skeleton production crew- tested before being permitted to attend.

They’ll even be a world-record attempt made during Friday’s big event – and we’ve got a very special prize lined up for the overall winner too.

English star Fleetwood, ranked No.10 in the world, said: “We’ve all been waiting for an event like this to showcase the return of golf. There’s some great personalities taking part in the challenges so I know it will be a fun watch for everyone. I’m looking forward to getting back to some competition again.”

NEXT PAGE: Kids FIGHT on golf course over RULES BREACH