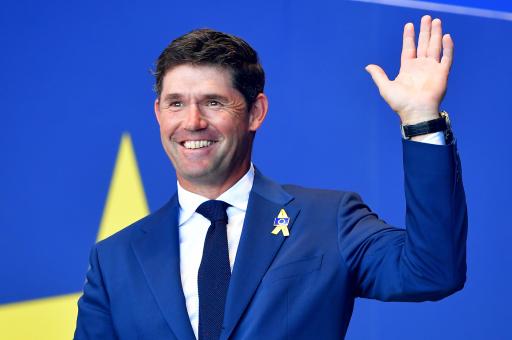 Padraig Harrington has been named as 2020 European Ryder Cup captain for the clash with the United States at Whistling Straits, Wisconsin.

The announcement was confirmed during a press conference on Tuesday afternoon at the European Tour's HQ at Wentworth, Surrey.

Harrington, 47, has served as a vice-captain at the last three Ryder Cups and appeared in the biennial contest against the US six times as a player, beginning at Brookline in 1999.

Harrington not only brings Ryder Cup experience to the fore, but also course knowledge having played in the US PGA Championship at Whistling Straits in 2004, 2010 and 2015.

"Obviously I’m thrilled to be named as Ryder Cup captain for 2020, it’s not something I went into lightly," said Harrington.

"You could look at this as being a natural progression from player to vice-captain to captain but it’s not something I take on without a certain amount of trepidation.

"I really want to be a help, I want to hopefully leave the European Tour and Ryder Cup in a better place after two years, but I know we are going to a new venue, it’s an away match, we’re going to have on average three more rookies coming into the team and I have to be part of that team and ensure that I find an edge to make the team perform to the best of their abilities and hopefully get a win."

It is expected that Lee Westwood will take the European reigns for the 2022 Ryder Cup in Rome.