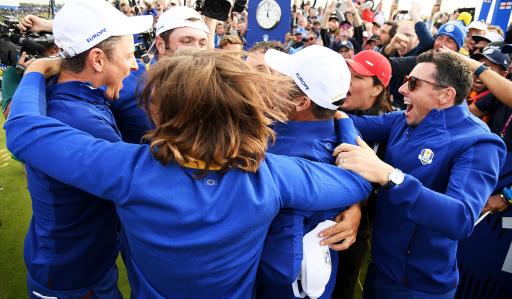 Team Europe's 2020 Ryder Cup qualifying campaign is now underway and Padraig Harrington has a lot of thinking to do, with a host of European names in the mix to make the team for Whistling Straits next year.

After last year's glory at Le Golf National, Europe will be looking to retain the Ryder Cup on American soil in Wisconsin, but Padraig Harrington, who will be captaining the European side for the first time next year, believes that future Ryder Cups could be held at neutral venues to limit home advantage.

"Forty, 50 years down the road, it will probably be best to have a neutral set-up," said the 48-year-old.

"Then there is no setting up a golf course as we did in Europe (at Le Golf National) so that it was very tight off the tee and par was a very good score.

"If you went back to Hazeltine, it was more of a birdie-fest."

Harrington, a three-time major champion, has played in six Ryder Cups himself from 1999 to 2010, winning the cup four times on the way. He hasn't played in a Ryder Cup since Celtic Manor in 2010, but has been a vice captain in the last three.

Since Europe's emphatic 'Miracle at Medinah' in 2012, the Ryder Cups have all been home wins, with Europe being victorious at Gleneagles in 2014, the USA then winning at Hazeltine in 2016 and of course last year's win for Europe in France.

Home captains usually ensure that the course is set up to suit their team, but Harrington believes that Steve Stricker will struggle to do so for the USA at Whistling Straits.

"This is a much more natural golf course," said Harrington. "I'm interested to see down the road what Steve has in store, but it doesn't look like you can do a lot with this golf course.

"It looks like it's in a natural setting and the weather could be very changeable the week of the Ryder Cup.

"This is going to be a golf course that tests the players on its own merits."