Paige Spiranac on Tiger Woods cheating on his now ex-wife: "It’s not like he killed someone, he cheated. A lot of people cheat in their lifetime." 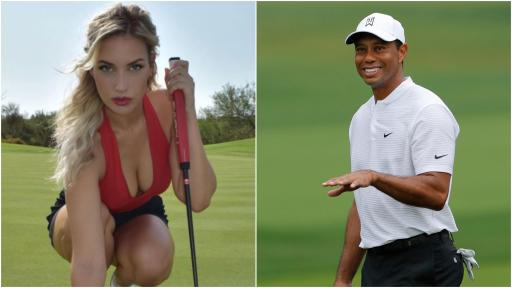 Paige Spiranac believes Tiger Woods received far too much criticism in 2009 when he cheated on his now ex-wife Elin Nordegren and she thinks that no one could handle the "insane" spotlight Woods was under.

Speaking on her podcast Playing A Round, Spiranac said she feels as though Woods was hung out to dry after the infidelity scandal which led to the collapse of his marriage.

"Even when all this was happening, I think people were being too hard on him," she said.

"You look at your own life and the things you’ve done, no one lives a perfect life, we all make mistakes.

"It’s not like he killed someone, he cheated. A lot of people cheat in their lifetime.

"Probably 99.9 per cent of people have done something bad in their life.

"It’s not for people to sit on their couch and make him out to be a monster when I don’t think anyone could have handled that any better than he has.

"Let’s get rid of cancel culture and help these people, because you don’t know what they are going through.

"I don’t think any of us could handle that spotlight, it’s insane."

Woods - who recently underwent a fifth back surgery, putting him out of action on the PGA Tour for the next few weeks - regrets his actions in the past and has worked hard over the last decade to become a better man and father.

At the time of the infidelity scandal, Woods said: "I felt that I had worked hard my entire life and deserved to enjoy all the temptations around me. I felt I was entitled.

“Thanks to money and fame, I didn't have to go far to find them. I was wrong. I was foolish."

NEXT PAGE: Greg Norman reacts to viral pic that had him nicknamed "HAMMERHEAD SHARK"