Saul 'Canelo' Alvarez became the undisputed super-middleweight champion of the world last weekend and he celebrated his victory with a round of golf. 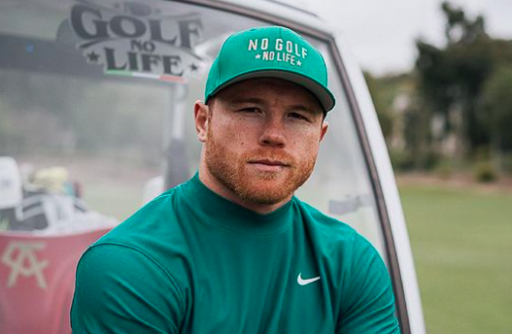 Saul 'Canelo' Alvarez is becoming one of the great icons in world sport and he made more history at the weekend when he knocked out Caleb Plant in the 11th round in the MGM Grand Garden Arena in Paradise, Nevada.

Canelo has now become the undisputed super-middleweight champion of the world, having picked up the final belt from his American opponent in that division.

Pound for pound, he is arguably the best boxer on the planet. In 60 fights, he has only ever lost once which was against the great Floyd Mayweather.

Away from the ring, Canelo is a keen golfer and he plays to a very good standard. In fact, he celebrated his victory at the weekend with yet another round of golf.

RELATED: VIKTOR HOVLAND REVEALS THE REASON HOW HE CHIPPED IT NASTY TO CLAIM THIRD WIN

The Mexican often posts images and videos of himself on the golf course on his social media platforms and it is clear that golf is one of his passions in life.

Back in July, Canelo played alongside NBA player Steph Curry in the Pro-Am of the American Century Championship in Edgewood Tahoe South in the United States.

The 31-year-old has played in many celebrity golf events and he has previously said that he hits balls for about three hours daily.

"I’m golfing every day. My handicap is about nine or 10 right now," Canelo said at the start of the month.

RELATED: AVIV DUBAI CHAMPIONSHIP: COULD THIS 175/1 SHOT CAUSE AN UPSET?

"It’s hard. Sometimes when I don’t play well, I get mad. But I’m looking forward to playing a lot more when I retire. I really enjoy those tournaments."

It is incredible to think that at just 31 years old, Canelo has been in the ring 60 times. He is one of the most active fighters in the world and he intends to carry on moving up the divisions.

He has targeted the age of 37 as his retirement benchmark, so once he hangs his gloves up, we can expect to see him at many golf events on our televisions to come.

NEXT PAGE: TIGER WOODS: HIS 7 BIGGEST PUBLIC ENEMIES ON THE PGA TOUR