With the Presidents Cup just around the corner, we make our predictions on who Tiger Woods will select as his captain's picks. 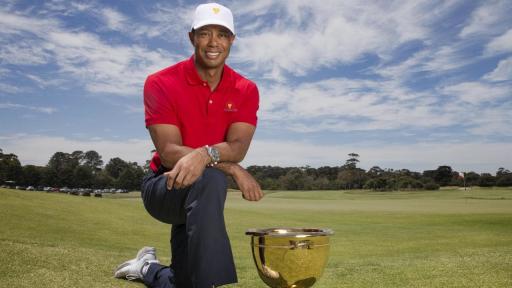 The Presidents Cup will take place between 9-15 December where Tiger Woods' USA team will take on Ernie Els' Rest of the World side at Royal Melbourne in Australia. Automatic qualification is now complete and we know the first eight players who will be representing each side, but there are still four captain's picks to be made and Woods has got some thinking to do.

Woods only has a couple of weeks until his final decision needs to be made, leaving just two tournaments, both being played in the current Asia swing on the PGA Tour.

This week, the PGA Tour heads to Japan for the very first time for the ZOZO Championship, where Woods himself will be playing and he will need to assess his own game as he considers picking himself as a playing captain.

That means the likes of Rickie Fowler and Jordan Spieth failed to automatically secure their place in Woods' team and will be relying on the 15-time major champion selecting them to join his USA side. There will be some very close calls for Woods and he'll have to think long and hard as to whether his game is good to make the team right now.

Check out below GolfMagic's four picks as to who we believe Tiger will select to join his side to do battle with the Rest of the World.

Rickie Fowler is easily one of the best current players to have never won a major and I'd say the best if it wasn't for the talent of Jon Rahm. On his day, Fowler is as good as anyone and although he might not have crossed the line and won his first major, he has to be on Team USA in December.

The Presidents Cup is certainly an exciting affair and everyone is excited to watch the action, but let's be honest, it falls short of the Ryder Cup. Fowler has played in four Ryder Cups now and it's highly likely he'll play in his fifth next year at Whistling Straits. His Ryder Cup experience will be vital for Woods at the Presidents Cup and Fowler is one of the most liked guys on Tour, you need that sort of personality and character in the locker room.

Fowler wasn't far off from qualifying automatically either, finishing 11th in the rankings, so there's no doubt in my mind that this man will be on that plane.

What a player this man is and it's a bit of a shock that Tony Finau only has one PGA Tour victory to his name. Finau made his Ryder Cup debut in Paris last year and performed very well, scoring a 1-1 record in the pairs before demolishing an in-form Tommy Fleetwood 6&4 in Sunday's singles.

Finau just missed out on automatic qualification, finishing in 9th spot behind Bryson DeChambeau. He's one of the most in-form players the USA has right now, with four top 10's in his last five tournaments and the big-hitting machine should be an easy pick for Woods.

This is a tough one, or as Tiger would say 'really really tough.' Reed has performed pretty steadily over the last few months or so. He won the Northern Trust which shot him up the FedEx Cup rankings, followed that up with a T4 at the BMW PGA Championship and hasn't had any performances that would worry Woods lately.

He's also a machine when it comes to match play and as Europe will know, has a way of getting under his opponents skin. The issue here is that he seems to have got under the skin of his fellow Americans. First there was the controversy at last year's Ryder Cup and it's no secret that he isn't the most popular player on Tour.

Woods needs to think about what sort of atmosphere Reed will create in the locker room, but I think Woods is too smart to look past how valuable Reed would be for his team and considering he finished 12th in the rankings, I think Reed makes the team.

Mr Match Play himself, Kevin Kisner. There's a few other names who Woods will be thinking about. Kevin Na is in excellent form and is a good friend of Woods, while Jordan Spieth is another name that the captain will strongly consider, but I think his form has been way too hit and miss for him to make the team. Gary Woodland is also desperate to make the team and he has a great chance of being Woods' final pick, given that he won the US Open and finished 10th in the rankings, but I think Woods will want someone he can rely on in match play and that has to be Kisner.

There's also the option of Woods picking himself as a playing captain and I'm sure many of us would love to see it, but I just don't see him selecting himself. I think he'd rather carry out his duties as a captain properly and watch the action, not play in it, especially when he's not in the best form as of late.

In his last two WGC Dell Match Play events, Kisner has a phenomenal record of 11-2-1, winning the tournament and coming runner up. His singles match play record overall is also brilliant, with 14 wins and just five losses. He's making his first start of the new PGA Tour season in Japan this week, so if his performance is half decent then I can't see Woods looking past him.