Gareth Bale might not be enjoying his time at Real Madrid, but he will be loving their choice of accommodation ahead of the Champions League final. 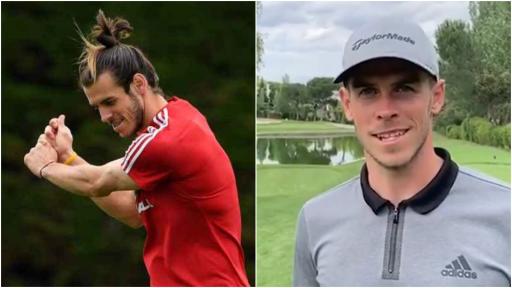 Gareth Bale might not be enjoying his time at Real Madrid, but he will be loving their choice of accommodation ahead of their crunch Champions League final against Liverpool in Paris on May 28.

Bale, 32, is in a race to overcome a back injury and be included in the match as he looks to play in his final match for the Spanish giants with his contract ending this summer.

We cannot be sure his back injury has anything to do with his golf swing.

According to reports, Real Madrid have booked out the swanky £2,500-a-night hotel with a golf course attached to it called Auberge du Jeu de Paume.

The luxury 5-star complex is located next to Chateau de Chantilly and is a 40-minute drive to the Stade de France, which is hosting the Champions League final.

It is understood that Real Madrid have booked out the resort for three days leading up to the final, so that will no doubt mean at least 54 holes for Bale.

On top of the 18-hole golf course, there is a spa, swimming pool, sauna, Turkish bath and state-of-the-art gym. There are also award-warning La Table du Connetable and traditional Le Jardin d'Hiver restaurants on site.

Record holders Real Madrid are bidding to win their 14th UEFA Champions League title, while Liverpool are looking to draw level with AC Milan in second with a seventh victory.

Bale has been troubled with injury for much of the season and has only played in five La Liga matches, scoring just one goal.

He has also only starred in two Champions League matches this season.

When the Welsh winger eventually leaves Madrid this June due to his contract ending, it is anticipated he will return to play football in the United Kingdom next season, with Championship side Cardiff the current favourites for his signature.