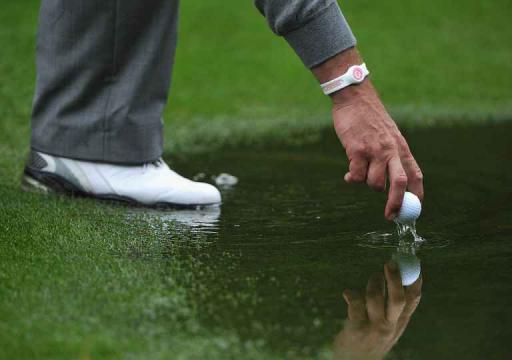 There are now 24 rules when it comes to playing golf - only each of them is made a little more complicated by numerous clauses, sub-clauses and probably even a couple of Santa Clauses if you delve deep enough.

Inevitably, golfers tend to break some rules more often than others simply because they play themselves into certain situations more frequently.

We caught up with Ashley Weller, PGA Fellow Professional, PGA Rules Panel member, Lead Tournament Director at the PGA Europro Tour and Referee with the Mena Tour, to learn about the six most common broken rules in golf for amateurs.

How many of these have you broken?

One of the most common broken rules in golf is not taking correct relief when finding a penalty area marked with yellow stakes.

In this instance, you are looking at a break of Rule 17.1d(2), which states “The player may drop the original ball or another ball in a relief area that is based on a reference line going straight back from the hole through the estimated point where the original ball last crossed the margin of the penalty area.”

There is no circumstance in which this point will be on the green side of the hazard.

WATCH: 19 BIGGEST CHANGES TO THE NEW RULES OF GOLF

There are too many examples here, but have you ever seen anyone pressing the club down behind the ball a little too firmly, taking a few practice swings and breaking twigs or flattening grass in the area of the intended stroke, taking a stance in such a way as to move a troublesome branch out of the way?

This is not allowed.

Do you always follow the correct procedure when needing to identify your ball?