Rory McIlroy revealed he has found the motivation to practice for the first time in nearly two months. 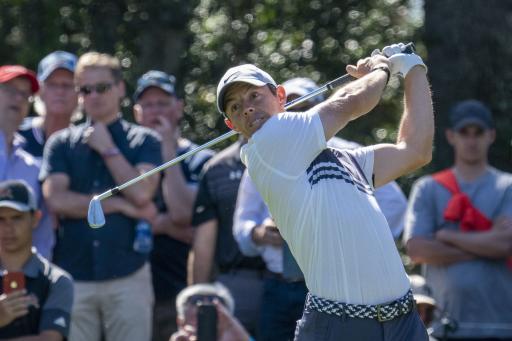 With no competitive golf to play whilst the majority of the world is on lockdown, Rory McIlroy had previously admitted that he hadn't been practising behind closed doors, but it seems he's now got the fire back in his belly to get himself ready for action.

The Northern Irishman had recently told Jamie Redknapp on Sky Sports that without competition and a lack of purpose, there was no motivation for him to practice while the PGA Tour is on hold.

"I need something to practice for," McIlroy told Redknapp over a month ago. "I have no idea when we are going to play again and I'd rather build myself up to something.

"I know if I go out there and hit balls, I'm not doing it for any purpose.

"I love golf and it has given me a lot of really great things but I think I love the competition more. If there's no competition, then there's nothing to look forward to."
Speaking to Sky Sports again, McIlroy was rewatching his win at the 2019 Players Championship, which sparked a hot run of form that saw the 30-year-old (soon to be 31) go on and win three more events that year, including the Tour Championship and FedEx Cup.
Watching himself walk down the 18th fairway at Sawgrass, McIlroy reflected on how special it feels to win a tournament.

"I certainly never take it for granted," he said. "You lose a lot more than you win in golf, and if you get a 10 per cent win ratio throughout your career, you have had one hell of a career."

With the PGA Tour hoping to make a return to action in June, McIlroy told Sky Sports that he has now started practising for the first time in nearly two months and it's the thought of winning again that motivates him to do so.

"I enjoy my wins, I celebrate them as much as I can, and it never gets old. It is such a great feeling and it's what you work hard for, and it's why I've been outside hitting balls for the first time in seven weeks.

"That was my first journey to getting back to playing on Tour and hopefully having more moments like winning The Players Championship."

NEXT PAGE: Tommy Fleetwood dreams of becoming World No.1