Scottish Golf faces uphill battle after near £250,000 downturn in finances 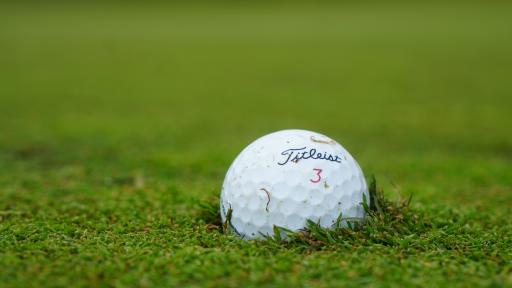 Scottish Golf has this week published its financial figures for 2020 and it unfortunately makes for grim reading with a near £250,000 downturn in finances as a result of the coronavirus pandemic and a new digital strategy, according to a report in The Scotsman.

RUMOUR: GOLF COURSES SET TO REOPEN IN ENGLAND BEFORE THE END OF MARCH

Despite golf courses closing down in England, Wales, Northern Ireland and Ireland, golf courses have remained open for play in Scotland as a result of First Minister Nicola Sturgeon adopting a different approach to the UK government based on the Covid guidelines in the country.

According to The Scotsman's report on Scottish Golf's latest accounts, the biggest factor in their financial loss was a result of a "significant reduction" in golf club membership income. Back in the initial national lockdown nearly a year ago, all Scottish golf clubs were handed a 25% affiliation fee rebate as a result of being hit hard by the coronavirus pandemic.

"That represented a hit of just under £600,000 for Scottish Golf as subscription revenue dropped from just over £2.4 million in 2019 to around £1.8 million," writes The Scotsman.

On top of that, Scottish Golf also had to battle the costs of a new digital strategy that involved the introduction of a new Scottish Golf App and Venue Management System for member golf clubs.

"Development costs in 2020 rose to £1.3 million from just over £480,000 the previous year, with the rise in income from that not yet matching the expenditure," confirms The Scotsman.

Furthermore, Scottish Golf's accounts - which were published ahead of next month's annual general meeting - also revealed the total spent on wages and salaries had increased from £1.05 million to £1.22 million.

"Against a backdrop of unforeseen circumstances of Covid-19 during the second half of the year, the directors believe this to be an excellent result,” said a directors’ report.

"The pandemic and its resulting effect on the operations of the company were the major reasons for the loss.

"Impacts included a significant reduction in membership income as a result of a 25 per cent (£580,145) rebate offered to all clubs, and the cancellation of events and performance programmes due to travel and large gathering restrictions.

"During the year, the R&A provided a funding package of £685,000 to Scottish Golf to support the challenges facing golf in Scotland during the pandemic. This funding was fully dispersed to clubs following a robust application process.

"In making better use of technology over the last year and in successfully developing new ways of engagement with the membership, we have identified efficiencies that will continue to reduce operating costs as we head into 2021."

NEXT PAGE: FIVE GOLFERS FINED FOR BREACHING COVID RULES BY PLAYING GOLF ON A CLOSED COURSE!