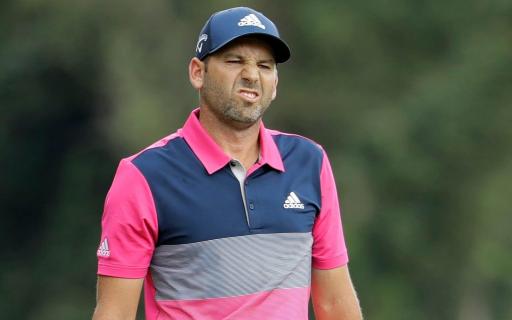 Sergio Garcia might be the most experienced European taking part in this month's Ryder Cup at Le Golf National, but GolfMagic's Instagram followers believe captain Thomas Bjorn has made a huge mistake in handing him a wildcard.

This was a similar view to GolfMagic's Andy Roberts and Sam Mellor, who discussed Bjorn's wildcard picks and the full European Ryder Cup team in the video below...

According to more than 1,000 voters on our European Ryder Cup Instagram 'Hot or Not' Poll, the out-of-form Garcia was the ONLY player to receive a majority vote for NOT at 60%.

Garcia has been battling a wretched run of form since switching equipment manufacturer earlier in the season, but his eight previous Ryder Cup apperances where he has taken 22.5 points was clearly the main reason Bjorn decided to hand him a pick.

Henrik Stenson's vote was particularly low too, with just 52% of our followers voting in favour of HOT.

English duo Tommy Fleetwood and new World No.1 Justin Rose took the biggest majority for HOT with 88%, with Rory McIlroy next up at 82%.

Surprisingly - despite his proven Ryder Cup pedigree and particularly his 4-0-1 record (W-L-H) in singles - Ian Poulter only took 71% in favour of HOT.

Check out the full list of votes below, and see if you agree with the results. We'll take a look at our US Ryder Cup Poll vote next week...