Lowry WDs from this week's WGC tournament due to... well, take a wild guess... 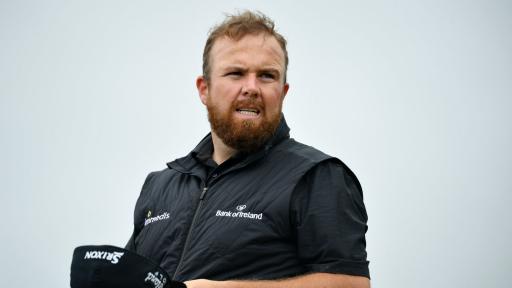 There has been no official statement from Shane Lowry's management team as to the exact reason for the Open champion's withdrawal ahead of this week's WGC-FedEx St Jude Invitational, but you can probably take a good guess.

Lowry has been celebrating his maiden major success with friends and family back home in Clara following his commanding six-stroke romp at Royal Portrush in Northern Ireland on Sunday.

Given Lowry had made it clear he was heading to compete in the WGC-FedEx St Jude Invitational no matter the result on Sunday, we can only imagine the Irishman  is suffering from more than a one-day hangover.

"I'll be getting on an airplane Monday to go to Memphis, regardless of what happens Sunday," said Lowry, ahead of his emphatic Open triumph on Sunday. "There'll probably be 10 men and a dog following me.”

While no official comment has been made, Lowry pulled out of the 64-man tournament on Tuesday afternoon.

Prior to his Open breakthrough, Lowry's lone PGA Tour victory came at this event when it was known as the Bridgestone Invitational. The tournament has moved from Firestone to TPC Southwind this season, yet still holds World Golf Championship status.

Had Lowry entered this week's event - even with a hangover - he would have still pocketed a cool $30,000 just for turning up and finishing last.

But when you're the new Open champion, does an extra few dollars in the bank really matter?!

Despite Lowry's exit, the WGC-FedEx St Jude Invitational includes 45 of the top 50 players in the world.

Rory McIlroy heads the market despite his disappointing week on home soil at The Open last week.

Tiger Woods has chosen to bypass the tournament and will be taking the next couple of weeks off in a bid to best prepare for the end-of-season FedEx Cup Playoffs.

NEXT PAGE: NICKLAUS BELIEVES MAJOR RECORD IS OVER FOR WOODS