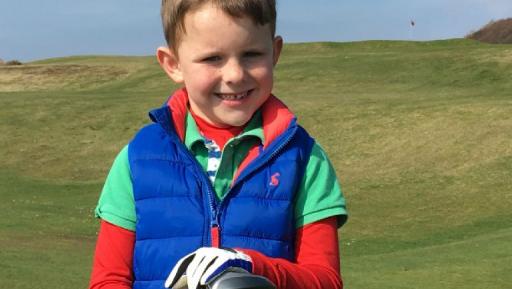 A six-year-old has become the youngest golfer to record a hole-in-one at Bruntsfield Links, the fourth oldest club in the world, after slam-dunking the 134-yard par-three seventh.

"It was fantastic," Dunne said. "Hopefully, I will have many more."

Club chief executive Dougie Cleeton added: "It is quite a talking point among our members.

"Jack put the traditional bottle behind the bar - albeit Coke - for everyone to celebrate his success.

"Jack regularly works on his game with younger brother Angus in the family's back garden.

"We are looking forward to them both coming through the junior ranks."