The NCAA women's golf regional in Baton Rouge was cancelled before a single shot was hit and golf fans are absolutely furious. 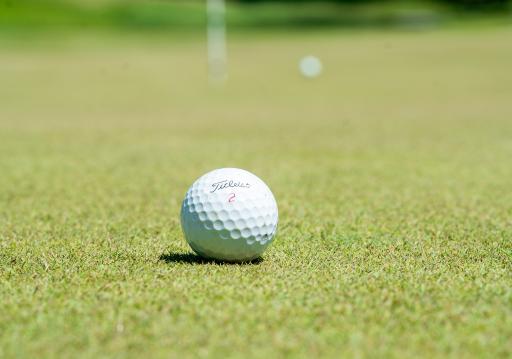 The NCAA has been slammed on social media after the women's golf regional in Baton Rouge was cancelled, after the golf course was deemed "playable but not at a championship level".

The college golfers have worked extremely hard to reach this stage and for many of them, the opportunity to progress has now been snatched away after yet another poor and lazy move by the NCAA.

Baton Rouge in Louisiana had been hit with rain the night before the event was set to begin and although the NCAA said the course was playable, the option was not given to the golfers, whilst images were also revealed showing the conditions of the course.

This is what an unplayable course looks like according to @NCAA @USGA at the Baton Rouge regional. No water on the greens, looked even nicer yesterday when we couldn't play either. After 18 years of playing golf I've never experienced anything like this pic.twitter.com/Oub1pJdACP

A video went viral on social media of NCAA committee representative Brad Hurlbut making a statement to the players, which was greeted with boos and angry responses, such as "you should be ashamed of yourselves" and "thank you for ending our careers".

"Therefore, the top six teams that were seeded will advance along with the top three individuals that were not on those teams," said Hurlbut from the stairs of LSU's University Club. "Again, heart-wrenching decision that we had to make. The course is playable, but not playable at a championship level."

Without listening to any responses or answering any questions, Hurlbut turned around and walked away.

WATCH THE STATEMENT AND REACTION IN THE CLIP BELOW:

If y’all support women’s sports, you should be paying attention to what the @NCAA did to the women at the Baton Rouge regional. My heart breaks for the seniors whose golf careers led to this moment, just for it to be taken from them. pic.twitter.com/SBcewlVJoW

It is not the first time the NCAA has been slammed for its treatment of women's sport, but it caused a widespread reaction of anger on social media from golf fans in both the United States and other parts of the globe.

"I’ve played in games of pouring rain, snow, stopped in the middle of a game to tarp a field only to resume 45 minutes later and still struggle extremely to grip a ball correctly... this is disgusting," said one golf fan on Twitter.

"What an absolute joke you are NCAA. Let the girls play," said another.

Take a look at some of the other tweets in reaction to the incident below.

The NCAA strikes again when it comes to degrading women’s sports.

Baton Rogue got a ton of rain and the NCAA decided to cancel the entire women’s golf regional DESPITE SAYING THE COURSE WAS PLAYABLE. Play it... or move it.@NCAA and Mark Emmert, you have a LOT to answer for. https://t.co/uz4EWUw5E9

an embarrassment to the game of golf... they destroyed so many dreams by making this despicable decision... NCAA obviously doesn't care about what impact this has on these tremendous young people... its about the players... not the money grabbing NCAA elitist's

Women’s golf was compromised by this @NCAA decision to a level the game hasn’t seen in quite some time. An absolute travesty of the highest order. https://t.co/aCWV2mx0AJ

Pretty simple.. if a course is playable.. a tournament can be conducted. That was one sad moment for @NCAAGolf_ #ncaawomensgolf and Women's golf in general.

Still don’t understand the decision at @NCAA regionals. A course is playable but not championship condition? Ludicrous. If conditions aren’t optimal wouldn’t that prove even more who deserves to advance? It shows who can face adversity—the mark of a great team #dobetter #NCAAGolf