The bronze sculpture is now on display at a resort in West Texas, United States. 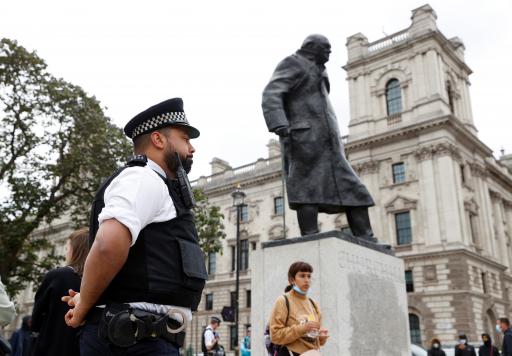 A statue of the general Robert E. Lee that was removed from a park during the Black Lives Matters protests is now on display at a golf course.

The bronze statue of the Confederate Lee on horseback was removed and later sold in an online auction but now has emerged at the Lajitas Golf Resort in Terlingua, Sky News have reported.

It was originally removed in Virginia in 2017 after violence erupted in Charlottesville between white supremacists and counter-protesters.

It had been kept in storage in a former naval air station but was sold in 2019 with the buyer reportedly paying $1.4 million for it.

The golf resort is 27,000 acres and is owned by the Dallas billionaire Kelcy Warren.

They received the statue as a donation.

The population of Terlingua is reportedly just 100 and Sky News has reported the village has no black residents.

Controversial statue torn down in 2017 re-emerges at golf course in Texas https://t.co/OPwuwqmagi

The club's manager Scott Beasley was quoted by American media as saying the sculpture is only there so it can be preserved.

"I would say that of the 60-plus thousand guests we host each year, we've had one or two negative comments," he said.

Black Lives Matter activist Brandon Mack told Sky News he does not believe the statue is there for preservation.

The confederacy was a military force in 19th-century America.

They fought the government to uphold the institution of slavery.

RELATED: HOW MUCH MONEY DID RORY MCILROY WIN AT THE CJ CUP?

RELATED: RORY MCILROY ADMITS "BEING ME" IS ENOUGH