Non-golfers not put off by complexity of golf rules - it's the unfairness they do not like... 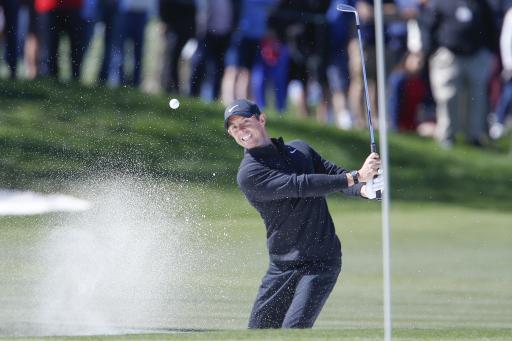 Sport Psychology Ltd (SPL) has partnered with new sports think tank Omnes Ludos (Sport for All) during the UK lockdown to investigate how fair golf rules were perceived by non-golfers.

'Perceived Fairness' is extremely important to all primates – and many other species. The research by Professor Frans de Waal & Dr Sarah Brosnan established that fairness is hardwired into our brains as part of their research into morality. Humans and all primates react very negatively to perceived unfairness especially if there are other options...

"Golf has always regarded itself as being on a higher moral plane than other sports with fairness and equity a core part of the culture of the game," said SPL Chief Psychologist Stephen Smith.

"We wanted to test that perception with the general public who do not play golf."

SPL shared a range of golf rules with the study group (117 individuals representative of UK population).

RELATED: GOLFMAGIC ASKED 500 READERS WHAT ANNOYS THEM THE MOST ON THE COURSE...

The majority of the group claimed they did not feel that the rules were any more complex or off-putting than most other sports.

However, they also did not recognise that golf was any fairer and there was a big negative reaction to some specific rules that were perceived to be inherently unfair.

In particular, the study group reacted negatively to the concept that a ball in a fairway divot must be played as it lies - 87% felt this was 'unfair or extremely unfair'.

RELATED: WHY THE GOLF BALL IN A DIVOT RULE WILL NEVER CHANGE...

On interview with the psychologist, typical comments were as follows:

"If I hit a good shot why should I be punished unfairly because someone else has been too lazy to put their divot back?"

"If I can move the ball a few inches in winter to create a fair shot why can’t I do that in the summer too- it seems very unfair and lacking in common sense."

"I am not sure I would want to play a game which has these rules, I want to be treated fairly."

SPL’s chief psychologist said: "The recent revision of the rules of golf has gone a long way to remove the perception of complexity amongst the general public.

"However, to attract greater numbers to the game the ruling bodies need to address the perception of unfairness that some of the rules create.

"In a post COVID-19 world, equity and fairness are likely to be driving factors in the decisions that people make about the organisations and activities that they will engage with."