Tiger and Bryson appear to be a guaranteed partnership for the Ryder Cup at Le Golf National. 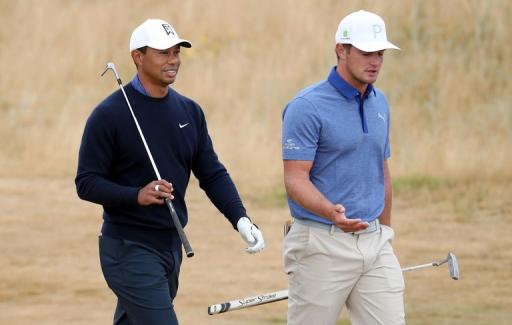 Tiger Woods and Bryson DeChambeau look certain to be playing together in the Ryder Cup foursomes and fourballs at Le Golf National next week after the American duo have been testing each other's golf balls.

Woods currently uses the Bridgestone Golf Tour B XS ball, which is softer and spins a lot, while DeChambeau favours the company's Tour B X, which is designed to take spin off shots.

Both Woods and DeChambeau have been spotted testing one another's balls while also playing a practice round together at East Lake this week - something they've done regularly on the PGA Tour this season.

“The two are very similar, they are very numbers-oriented and that translates to their feel on the course, but they get fitted to two different golf balls,” said Bridgestone Golf’s ball-fitting manager Adam Rehberg.

“I’ve seen some chipping of the other’s ball during practice rounds, getting used to it. There’s been some sharing of golf balls internally between those guys. It’s almost like the worst kept secret in golf. It seems they are going to be paired up one way or another.”

The rules for the Ryder Cup were changed in 2006. They allow for foursomes teams to change golf balls between holes but not during a hole, which explains the duo’s interest in becoming comfortable with the other’s golf ball, particularly around the green and for chip shots.

Woods has also spoken highly of the possibility of a partnership with DeChambeau at the Ryder Cup, labelling it as "fantastic." Watch Woods' interview below from several weeks back...