Tiger Woods and his son Charlie will play in the PNC Championship the week before Christmas... 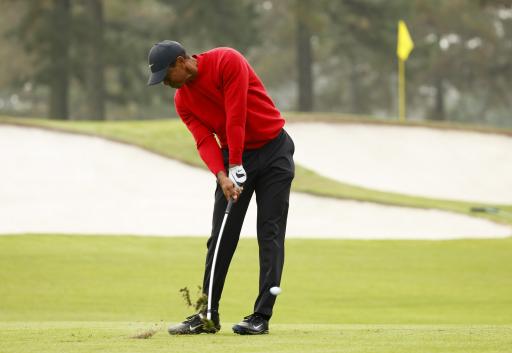 Tiger Woods and his 11-year-old son Charlie have signed up to compete in the PNC Championship from December 19-20 at The Ritz-Carlton Golf Club Grande Lakes in Orlando, Florida.

The event, formerly known as the PNC Father Son Challenge, features 20 major champions and winners of The Players alongside a family member. It will also be televised on NBC Sports, Peacock and Golf Channel.

Take a closer look at the swing of Charlie Woods below:

During Charlie's first victory, he had the luxury of having his Dad caddie for him, something that Tiger likes to do when he can.

Tiger was a little preoccupied playing in The Northern Trust, the first of three FedEd Cup play-offs, for the second tournament. Woods shot a 6-under par final round to finish tied 58th that week.

In a recent interview with Golf Digest and GOLFTV, Woods had this to say about his son's potential:

“I’m still winning … for now,” Woods said. “He’s starting to get into it. He’s starting to understand how to play. He’s asking me the right questions. I’ve kept it competitive with his par, so it’s been just an absolute blast to go out there and just be with him. It reminds me so much of me and my dad [growing up].”

Woods was then asked if Charlie could break any of his father's records, to which Woods replied: “I don’t know. It depends how bad he wants it. It’s all on him. I wanted it at a very, very early age. I wanted to compete and play in this game. That’s on him—whether he wants it or not.”

Tiger, who presented the Green Jacket to Dustin Johnson, finished tied 38th at The Masters last week and his final round of 76 included a shocking 10 at the iconic par-3 12th hole.

WATCH: TIGER MAKES A 10 ON ONE HOLE AT THE MASTERS

Here’s a look at the current field for the PNC Championship: