Tiger Woods was something of a cheapskate, claims new book written by former golf pro... 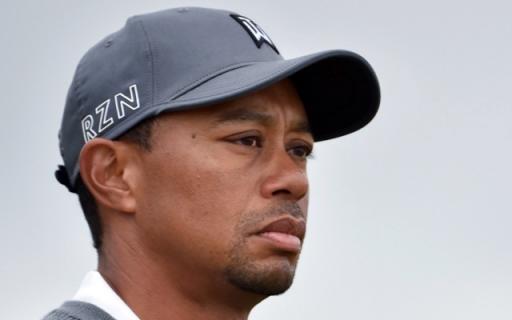 Tiger Woods has been labelled a "pathological narcissist" on top of being tight with his money when paying former coach Hank Haney, in a new biography by sports writer and former golf pro Curt Sampson.

The book, titled 'Roaring Back - the fall and rise of Tiger Woods', goes into detail about the 15-time major champion being ungenerous with tips and paying his former golf coach Hank Haney (from 2004 until 2010) just $50,000 a year.

When Woods was at the height of his powers, it is estimated he was earning $1.5 billion.

Sampson's book is written in conjunction with his interview with respected sports journalist John Garrity, who first met Woods when he was a fresh-faced teen just starting out on his career to future stardom.

The book claims how Woods' personality hardened and changed dramtically by 2007, when his game and health began to struggle, along with his off-course issues in his personal life.

"All of his human relationships were transactional," Garrity says of Woods in the book. "If you couldn't help him achieve his goals, he had no use for you. He'd walk past and look right through you."

Sampson then quotes a country club owner who twice hosted Tiger and his father Earl.

The owner told Sampson: "They assumed we'd buy them breakfast, lunch and dinner, which we did. But they were the most unappreciative. They never once said thank you."

Sampson wrote: "Narcissists don't mind spending other people's money because we're in their debt already, and they find it hard to say 'thank you' for the same reason."

The book also explains how Haney was forced into paying for his own accommodation while travelling with Woods, despite him earning more than $700 million in prize money, sponsorships and investments between 2004 and 2010.

Sampson also refers back to Woods' string of extramarital affairs that led to a personal and professional fall from grace.

"He fell from such a high place that he was halfway to earth before we mere mortals even recognised him as one of us," writes Sampson.

Sampson then reflects on Woods' monumental comeback victory at The Masters earlier this year, claiming it was a win that coincided very much with a change in his personality to one that had become much more measured and respectful.

The author places Woods’ defeats and triumphs in the context of historic comebacks by other notable golfers such as Ben Hogan.

Read the book for yourself here.