The irons that Tiger Woods used to hold all four majors at once in 2001 have sold for a record price of $5,156,162, five times more than the expected price tag. 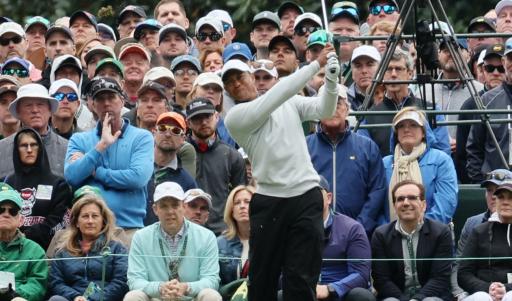 The set of clubs that Tiger Woods used to complete the famous 'Tiger Slam' was sensationally sold to one fan at auction for over $5 million.

The set includes nine Titleist 681-T irons and two Vokey wedges. One of them is a 58-degree wedge and the other is 60 degrees. Both of the wedges have "Tiger" stamped on them.

The famous bag of clubs was sold for $5,156,162 at Golden Age Auctions. Woods used them when he won the US Open, The Open and PGA Championship in 2000 and he completed the slam by winning The Masters in 2001.

He became the first player to hold all four of golf's major championships at once. It is no surprise that they sold for such a large figure.

Ryan Carey, the owner of Golden Age auctions, told the PGA Tour that they are 100% sure that they were the clubs used by Woods when he was at the peak of his powers.

Golden Age Auctions also held an auction for one of Woods’ backup Scotty Camerons which sold for just under $400,000 in 2021.

These large sums of money shows just how loved and admired the 15-time major champion is and his popularity and star quality certainly haven't dwindled in 2022.

The 46-year-old has competed at The Masters this week and although he is 7-over-par after three rounds, it is a triumph for him to just be competing on the PGA Tour.