Tommy Fleetwood on Francesco Molinari: "He's too good not to win again"

Tommy Fleetwood is backing his friend and Ryder Cup partner Francesco Molinari to regain his "best on the planet" form. 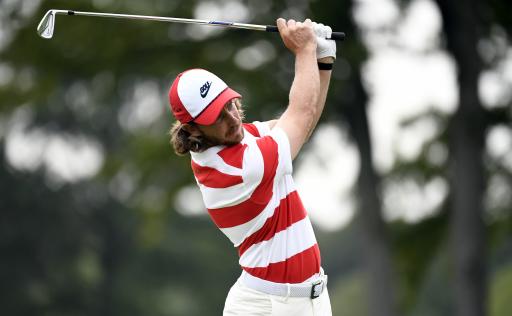 Tommy Fleetwood has rallied behind his close friend Francesco Molinari and tipped him to regain his form that made him one of the "best on the planet" before the 2019 Masters.

A few years ago, Molinari was in arguably the form of his life and at the 2019 Masters it looked as though the Italian would be taking home the green jacket, but his late collapse allowed Tiger Woods to capitalise and the rest was history.

It had been an incredible run for Molinari prior to the Masters, who in 2018 won three tournaments, including a major championship when he lifted the Claret Jug at Carnoustie.

At the Ryder Cup in France later that year, Molinari became the first European to win all five matches and his partnership with Fleetwood was one of the best Team Europe had ever seen.

After the collapse at Augusta, Molinari has struggled and hasn't had a top 10 finish since the Masters. The 37-year-old has only played four times this year, missing three cuts before finishing T53 at the WGC-Mexico Championship in February.

Molinari hasn't played on either tour since the players returned after the forced break due to the coronavirus outbreak, but he did tell his fans he was focusing on his move from London to California and that he would be back soon.

Fleetwood, who this week plays on the European Tour at the Scottish Open, has no doubt that his friend can regain the form that once made him one of the best players in the world.

"I think he'll be looking forward to coming back," said Fleetwood. "They have done that move now, and he can start progressing to where he wants to play again and stuff.

"I think everybody will be happy to see him, but I think he's just taking care of things that he knew he wanted to do and the family wanted to do, and then he'll be back very soon, I'm guessing.

"In golf, as in life, you go through great spells, and for six, seven months, he was the best golfer on the planet pretty much, not far off. I think everyone had expectations, and they're huge for somebody like that when he's playing like that.

"He's gone through a slight loss of form, and then this all happened, Covid and everything, and he's moved house.

"I've had my good times and poor times in my career so far. I'm sure my poor times will come again like everyone else, but he's far too good to not win again and start playing well again."