Extra tickets released for The Open at Royal Portrush from July 18-21... 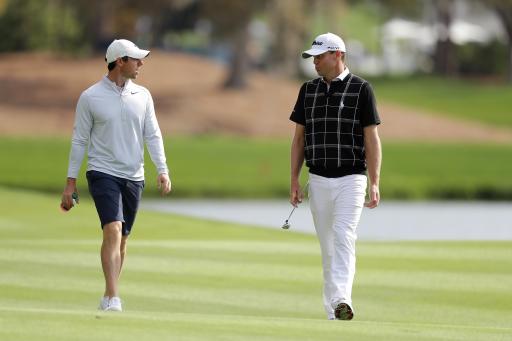 While highly likely many Tour pros won't take up the kind offer, the R&A has confirmed SHORTS will be permitted during practice rounds at Royal Portrush this July.

The move marks the first time in Open Championship history that shorts will be allowed during practice rounds.

Shorts were first welcomed for Tour pro practice rounds by the European Tour in 2016, shortly before the PGA of America embraced the idea at the US PGA Championship in 2017 and the PGA Tour has since followed suit this season.

It might be a move in the right direction by the R&A, but with temperatures in Northern Ireland unlikely to break 65, the new relaxed attire might not come into full effect at an Open Championship until 2020 at Royal St George's.

Shorts are NOT allowed during tournament play, however, and that continues to frustrate a number of players, in particular last year's Open champion Francesco Molinari.

The R&A has also revealed it will release an extra 4,300 tickets to this year's Open Championship at Portrush from July 18 to 21 due to the original batch of 148,000 tickets being sold within the space of 48 hours of going live.

"We've talked to the local council and our advisers and contractors and feel we can accommodate these extra numbers," said R&A chief executive Martin Slumbers, "but without impacting on spectator comfort and the special experience of being at an Open Championship."