WATCH: Is THIS a hole-in-one or not? Here's the OFFICIAL golf rule!

Golfer hits his ball up against the flagstick - but is it really a hole-in-one?! 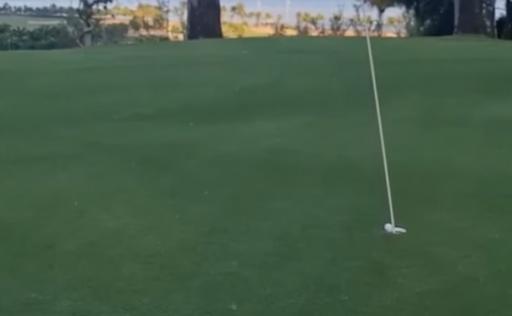 We've seen plenty of these scenarios on the course over the years, especially during the pandemic the past 18 months as a result of the change of cups and flagsticks.

While pins can now be pulled from the cup due to restrictions lifting on golf courses around the world, Golf Rules Questions on Instagram received an interesting video of a player who wanted to know whether his ball was classed as a hole-in-one or not.

The golfer's ball was resting up against the flagstick. Would you be classing this as being holed? Check out the video below to see more, and then scroll below for the official verdict.

According to the rules of golf, the above example would be deemed a hole-in-one under Rule 13.2c, which states the following:

If a player's ball comes to rest against the flagstick left in the hole:

If no part of the ball is in the hole below the surface of the putting green:

The ball is not holed and must be played as it lies.

If the flagstick is removed and the ball moves (whether it falls into the hole or moves away from the hole), there is no penalty and the ball must be replaced on the lip of the hole (see Rule 14.2).