This classic folk song was turned into an hilarious takedown of all the players considering ditching the PGA Tour to join a Saudi-backed rival league. 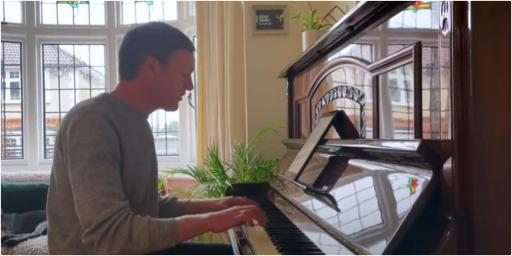 Turning a 1970s classic folk song into a takedown of PGA Tour pro's who are a bit upset at the moment is not what we would expect.

But Sam Harrop has delivered a scathing and downright hilarious assessment about current affairs in the golf world using the song A Horse with No Name by America, but with a twist.

He appears to take aim at Bryson DeChambeau, Phil Mickelson and all the others who might be considering ditching their allegiances to join a Saudi-backed Super Golf League. This song is probably aimed at Charley Hoffman, too.

Except, obviously, the lyrics are a little bit different. You could say they are absolutely genius. Harrop has decided to change the song title to Growing The Game. It's probably the best thing you'll watch today.

There's one topic in golf which has been trending for a little while now. So, this song probably needs little introduction – it's called "Growing the Game".

I was looking at my earnings

I was questioning my whole life

Held captive by a vapid tour who withhold your media rights

The next thing I heard, they were making a fuss 'bout a tour from out of town

Where they give better drops and they treat you nice

Al-Sorours says I should come down

So I'm heading out to Saudi 'cos I'm growing the game

It's nothing to do with the pay

'Cos in Saudi, they have respect for your name

And I'm not a politician neither is Bryson nor Shane

So I'm heading out to Saudi 'cos I'm growing the game

It's nothing to do with the pay

'Cos in Saudi, I won't have to answer to Jay