Bryson DeChambeau will not play any more PGA Tour events, according to the No Laying Up podcast. 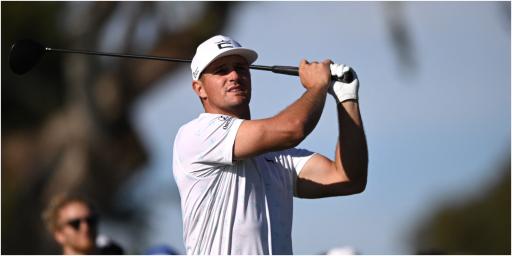 Bryson DeChambeau will reportedly play no more PGA Tour events, according to the No Laying Up podcast.

Rumours have been swirling around for weeks about a Saudi-led Super Golf League, spearheaded by Greg Norman.

Norman is the CEO of LIV Golf Investments. They are using money from the sovereign wealth of Saudi Arabia to fund tournaments on the Asian Tour.

A 10-event International Series has already been announced, with one event scheduled to be held at Centurion Club this summer. Beyond that, a separate golf league allegedly beckons.

DeChambeau, 28, has not publicly commented about any of these rumours. He is currently injured after suffering hip and wrist issues.

He withdrew after the first round of the contentious Saudi International after shooting 4-over at Royal Greens Golf & Country Club.

Both he and Phil Mickelson appear to be less than impressed with the current structure of the PGA Tour.

Mickelson previously labelled the PGA Tour's "greed" as "beyond obnoxious".

"In Saudi he said he is no longer playing on the PGA Tour. He told players that. That's what he said," it was said on the podcast.

"Do I believe that yet? I don't know. If he goes and turns up and plays in an event do not hold that against me."

The podcast claims they have this from multiple "very reputable sources".

"I don't think all of the decisions have been made, so you can't, like, report on anything like that.

"But the information as I know it from very reputable sources that's where things stand as of now."

DeChambeau has reportedly been offered a multimillion dollar deal said to be worth $135million to be the poster boy of the new concept.

He denies this, and commented "wrong" on an Instagram post last week asking for readers' opinions about the alleged offer.

Last week at the WM Phoenix Open, Charley Hoffman ripped into the PGA Tour, claiming there was "no accountability for the players".

DeChambeau's Instagram account posted "agree wholeheartedly" in the comments. "I feel ya", was the response from Mickelson.

Norman has always maintained that a separate golf league is for "the good of the game".

Critics suggest the money is being used by Saudi Arabia to sportswash its human rights abuses.

DeChambeau is an eight-time winner on the PGA Tour. He won his maiden major, the U.S Open, in 2020 at Winged Foot.

very much a "big, if true" situation. He's said it, but it's Bryson, so who knows if it's true.

Listen to the podcast here from the 1.24.40 mark for the discussion on DeChambeau.

Next page: Is Bryson DeChambeau's injury scare telling him something?