WATCH: Schauffele, Thomas, Morikawa and Reed star in The Hangover

You just wonder what the film would have looked like with these PGA Tour stars involved... 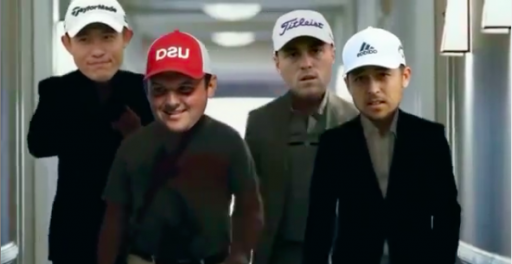 The Hangover is one of the most popular and loved film trilogies in recent years as film fans flocked to cinemas to catch the latest instalment.

The adventures of Phil, Stu, Alan and Doug will go down in history as some of the funniest and memorable scenes in comedy film history and the trilogy will be shown on television for many years to come.

A video emerged on social media of a scene in one of the films, but with a slight twist. Instead of the four main characters being depicted in the footage, it was four PGA Tour stars.

It would be a very different film if it involved four world-class golfers. It is fair to say that there may be a bit less drinking and more time spent on the driving range and in the gym.

All four of these golfers have unique personalities, but also superb ability that has led to each of them winning multiple times on the PGA Tour.

"Dude that’s a whole new level and spot on! Reed as Alan is spot on!" one fan said.

"This just won the gold medal," one fan commented.

"Who let the dogs out," another fan commented.

"Lol best way to sum up him on the team," another fan said.

"This is just brilliant," one fan said.