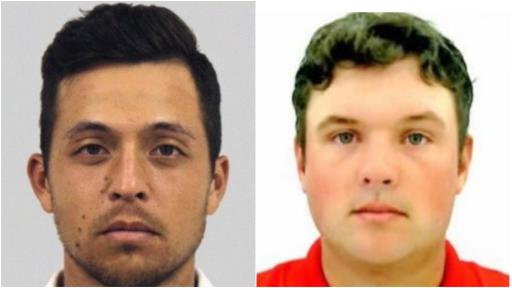 When it comes to taking Olympic Golf headshots, the same process applies to your Passport photo. Sit on a stool, gaze into the camera, pretend you just three-jabbed for par, and then wait for some flashing lights to blind you.

While only a handful of headshots have been doing the rounds on social media following the Men's Olympic Golf Tournament last week, the ones that have seen the light of day on Twitter are comedy gold.

It's mandatory for Olympics credential photos to be taken without emotion, against a white background.

Alex Noren looks like he's about to crack. (plz don't ask to see mine) pic.twitter.com/dPm00wBNOX

New Olympic Golf champion Xander Schauffele looks like someone just took away his gold medal, Patrick Reed looks like he's off to high school, and Alex Noren looks like he considered trying to break the rules. Rory McIlroy was just posing normally with his "pea head".

We are questioning the validity of the Reed one, as he does look pretty different, but apparently it was taken last week so we will have to go along with that for now!

Here's how other golf fans reacted to the snaps:

"How come Patrick Reed looks about 12 and the others look about 50? Did he bribe the cameraman or something??"

"Noren looks like he is trying to do his best impression of Jimmy Fallon laughing during his own skit."

"I'm picking Xander in the lineup for sure."

"That Pat Reed one can't be real for sure?"

NEXT PAGE: RORY MCILROY REGRETS HIS "UNEDUCATED AND IMPULSIVE" COMMENTS REGARDING THE OLYMPIC GOLF TOURNAMENT