Scot is one step closer to clinching jackpot at the Belfry 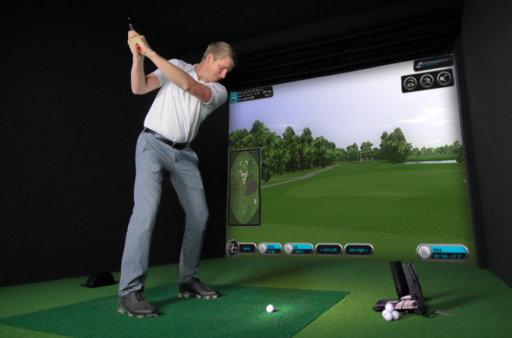 A “non golfer” carded the first hole-in-one wearing wellies in the Million Dollar Hole In One Competition, in conjunction with American Golf.

Chris Jones, 31, from Dunblane in Scotland is a step closer to winning the jackpot on 7 September after acing the par three while using a simulator.

“I've never been a member of a golf club, but Dunblane Golf Club would be my local club, and I’ve never had a handicap,” he said.
“I have played golf before but If someone asked me if I play the game in any real sense I’d have to say ‘no’. I was only there because my American friend Tony wanted to go. I turned up in wellies among a crowd of golfing enthusiasts, so stood out like a sore thumb.”

More than 5,000 people have attempted to qualify for the final at the Belfry, which will include 10 players who have carded an ace or are closest to the pin. One player will also get a spot through a lucky dip in the free to enter competition.

Mick Barnes also managed a hole-in-one at American Golf’s Stoke shop, while Georgia Wrixon is the first female player to progress after finishing nine inches away.

Previous
Motocaddy launch three new push trolleys
Next
Stenson sticks to trousers: "My legs are too sexy for shorts"