"What has happened to Tiger Woods and Rory McIlroy?" 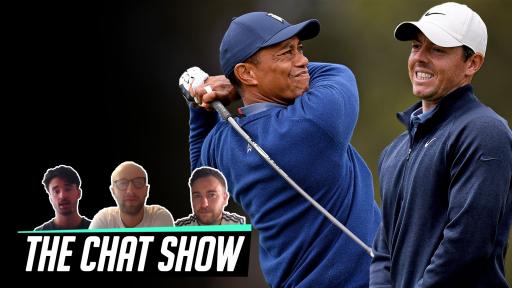 GolfMagic has been tipping up Collin Morikawa for greatness in the game of golf ever since he burst on the PGA Tour scene more than a year ago, and the American duly delivered at just his second ever major appearance with victory at the PGA Championship on Sunday.

Morikawa joins Jack Nicklaus, Rory McIlroy and Tiger Woods in lifting the Wanamaker Trophy at the age of 23 years old.

GolfMagic's Andy and Alex discuss Morikawa's brilliance and what lies in store for the newly-promoted World No.5.

The boys also comment about Brooks Koepka's controversial comment ahead of the final round, as well as the four-time major winner's shocking final-round display at TPC Harding Park where he quickly fell out of contention for a third consecutive PGA Championship.

This week's Chat Show also sees Andy and Alex talk about the continued struggles of Woods and McIlroy since golf's restart, with the pair finishing tied 37th and tied 33rd respectively.

Andy admits he is particularly worried about Woods' form and overall health given the lack of competitive reps he is getting in these days, while Alex claims to be more concerned about the mindset of McIlroy, who admitted "maybe I'm just not as good as I used to be" following his performance at the PGA Championship.

The guys also weigh up the field at this week's Wyndham Championship on the PGA Tour and give two picks each as to who they think will win the last tournament before the FedEx Cuo Playoffs begin.