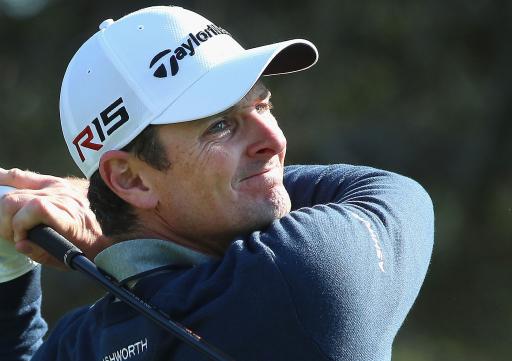 Wentworth's head of instruction Kristian Baker grew up playing golf with Justin Rose so is the perfect man to analyse the Englishman's winning swing.

1. A perfect posture to start the swing. Balanced, with his weight at the front of his ankles and his arms hanging down relaxed from his shoulders.

2. Club head and hands have started the swing by correctly moving on parallel curved lines around his body while the club face stays square to its path.

3. Here we can again see Justin has the club face in a perfectly square position. His left arm is parallel to his toe line and the wrists have clearly cocked. The distance between Justin's elbows here will be very similar to the distance they were at address.

4. Note here how Justin has the club shaft on plane. It’s bisecting just below his right shoulder and the butt of the handle is pointing inline with the ball. Here, the top of his elbows are level and his hands are in the centre of his chest.

5. A full turn to the top of his backswing. Still perfectly balanced and loaded into the inside of his right leg. His spine angle here is the same as it was at address and he’s simply pivoted around that axis. The club is again perfectly on plane with the left arm a fraction steeper than his shoulder plane.

6. Justin begins his downswing by unwinding his body from the ground up. Note the left wrist and club face positions here. Club face square and the back of the left wrist arranged similar to how it was at address but with the wrists cocked.

7. A great position to have your body in to deliver the clubhead powerfully and squarely. We can see the weight beginning to shift off his right leg onto his left by the way the outside of his right shoe is moving off the ground.

Justin is staying in his posture, while rotating his body around the angles he set at address. Left arm has returned to a similar position that we saw in picture three, but the wrists have maintained some cocking and the right elbow is hinged. Shaft again beautifully on plane.

8. The moment of truth. Hips rotated to the left with the chest also rotated slightly left at impact. Again, we can see here how Justin has maintained his posture angles that he set at address. Right foot working well here allowing the weight to transfer onto his left leg.

9. Justin freely unwinding into his finish position. Continuing to rotate around his spine angle is allowing him to keep his shoulder angle correct. From here we can see how his right arm is similar to his left at the top of the backswing in terms of being just slightly steeper than his shoulder plane.

10. The end to a great golf swing. Body completely unwound with his hips and chest facing the target. Right foot is on its toe simply providing balance with the knees together.

Photos by Mark Newcombe/Visions in Golf

Words by Kristian Baker, head of instruction at The Wentworth Club